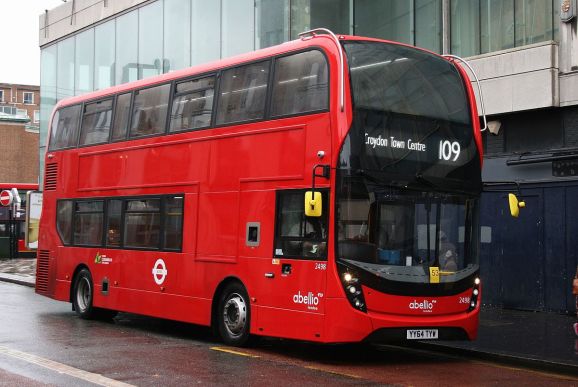 Mobileye, the autonomous vehicle research startup acquired by Intel in 2017 for $15.3 billion, today announced the preliminary results of a trial involving its advanced driver assistance systems (ADAS) with U.K. bus operator Abellio London. According to Mobileye, its technology has reduced avoidable collisions and injuries by 29 percent and 60 percent, respectively.

That’s encouraging progress at a time when bus-related accidents are on the rise. In the U.S. in 2016, of the 123,559 large truck and bus crashes studied by the Department of Transportation’s Federal Motor Carrier Safety Administration, 119,000 resulted in injuries and 4,440 caused fatalities. That’s up from 20,000 injury-causing bus crashes and 250 fatal crashes in 2009.

“All over the world, bus companies are investing in Mobileye technology to improve safety standards, ensuring that drivers can take prompt action when danger is detected,” said Gil Ayalon, director of EMEA at Mobileye. “Abellio takes safety very seriously and they’ve been a superb partner, helping their drivers get the very best out of the system.”

Mobileye’s ongoing pilot, which began in May, focuses on reducing collisions with cyclists, motorcycles, pedestrians, and other drivers. About 66 buses on three of Abellio’s London routes have been equipped with Mobileye’s ADAS, which consists of a camera installed on the inside of the windshield and a display in the driver’s cab. Audio and visual alerts warn of impending rear-end collisions, deviations from a lane, or instances of speeding.

The trial’s supported by the Transport for London (TfL) through a grant from its Bus Safety Innovation Fund.

“Safety and driving standards are our top priority, and we’re delighted to be trialing Mobileye’s technology on three of our London routes,” said Tony Wilson, managing director at Abellio London. “The Mobileye system gives aural and visual alerts to drivers that allow them to react — reducing incidents and keeping everyone safe in the communities we are proud to serve. It is imperative that bus companies pursue investment in this kind of innovative safety technology.”

The news comes just over a week after Mobileye inked a deal with Volkswagen to launch Israel’s first driverless ride-hailing service. Under the joint venture, Volkswagen will supply electric cars and Mobileye will supply its autonomous driving technology. In related news, Intel’s Tel Aviv-based subsidiary collaborated with Baidu to ramp up production of the Chinese tech giant’s Project Apollo self-driving car platform. And in May, Mobileye teamed up with a European automaker to supply 8 million cars with its EyeQ5 chip, which is designed for fully autonomous driving, starting in 2021.

The global ADAS sensor market is forecast to be worth more than $20 billion in the U.S. alone by 2021, according to Statista.