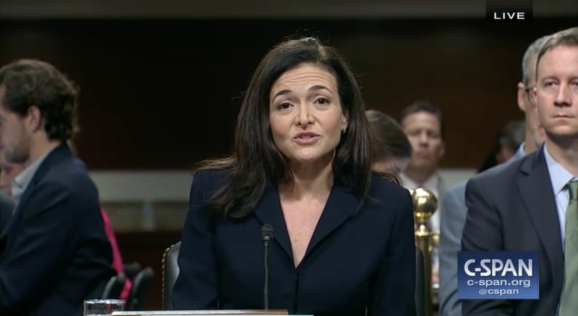 A highly detailed investigation by the New York Times has again raised questions about Facebook’s response to the Russian manipulation, fake news, and hate speech that have become rampant on its platform. Today, the company issued a rebuttal of sorts that address some concerns raised by the story.

In the unsigned rebuttal, the company says: “There are a number of inaccuracies in the story.” Facebook also confirmed it has cut ties with Definers Public Affairs, a conservative group that the story claims was actively promoting negative stories about competitors to draw attention away from Facebook.

The rebuttal also restates Facebook’s message that it recognizes the issues, is working hard to fix them, and promises to do more.

“We’ve acknowledged publicly on many occasions — including before Congress — that we were too slow to spot Russian interference on Facebook, as well as other misuse,” the statement reads. “But in the two years since the 2016 presidential election, we’ve invested heavily in more people and better technology to improve safety and security on our services. While we still have a long way to go, we’re proud of the progress we have made in fighting misinformation, removing bad content, and preventing foreign actors from manipulating our platform.”

Still, the rebuttal itself misrepresents many of the points made in the New York Times’ story.

For instance, regarding Russian manipulation, Facebook says: “The story asserts that we knew about Russian activity as early as the spring of 2016 but were slow to investigate it at every turn. This is not true.”

Actually, what the story says is that security chief Alex Stamos was alerted to the issue in the spring of 2016 and began investigating and informing people above him of the issue. But he was shocked later that year when he heard CEO Mark Zuckerberg claiming in public that allegations of Russian interference were silly. The story also states that COO Sheryl Sandberg was furious with Stamos for revealing too much information to board members, and that the company continued to minimize the issue in public for several more months.

In addition, Facebook addresses the issue of a racist post written by then-presidential candidate Donald Trump in 2015 about Muslims and an internal debate about whether to remove it. “To suggest that the internal debate around this particular case was different from other important free speech issues on Facebook is wrong,” the rebuttal says.

The New York Times story claims Zuckerberg took the unusual step of personally asking whether the Trump post violated the company’s terms of services. But the real upshot of the anecdote was that Sandberg and Zuckerberg appear to have largely delegated debate about whether to take down the post to a company lobbyist and communications chief, who ultimately decided to leave it in place, in part out of fears that taking it down could provoke Conservatives.

Otherwise, the rebuttal takes issues with how the story characterized Facebook’s support for a sex trafficking bill, its efforts to fight fake news, and an incident in which the Definers allegedly convinced a Jewish association to condemn a protest group for using a sign that could be construed as anti-Semitic.

“Definers did encourage members of the press to look into the funding of ‘Freedom from Facebook’, an anti-Facebook organization,” the rebuttal says. “The intention was to demonstrate that it was not simply a spontaneous grassroots campaign, as it claimed, but supported by a well-known critic of our company. To suggest that this was an anti-Semitic attack is reprehensible and untrue.”

But the New York Times story doesn’t suggest Facebook’s efforts were anti-Semitic, rather that the company via the Definers was trying to use charges of anti-Semitism to discredit protestors.

Beyond that, the rebuttal doesn’t really seem to do much to undermine the overall thrust of the New York Times’ report. Instead, it appears intended to chip a couple of holes in it. It seems unlikely this will diffuse the latest firestorm engulfing the company, which has sent Facebook stock plunging from $209.94 per share last July to $144.22 yesterday.