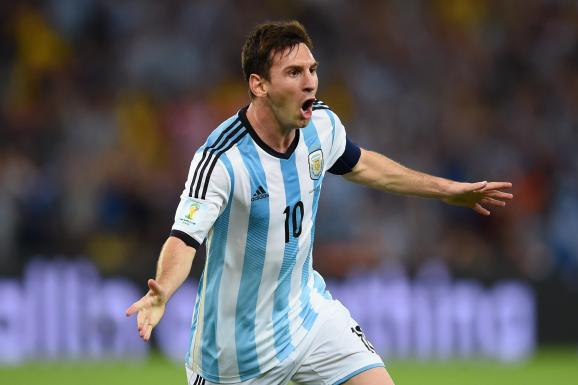 Messi is good. Is Messi in VR better?

The way we watch sports is changing, and it’s leading us into the next generation of media consumption. That may seem like an abstract concept. What’s next when we can already watch pretty much anything we want wherever we want on any device and with crystal-clear picture quality? The answer is a viewing experience more intimate than ever before, and it’s all thanks to virtual reality, which is already changing the way we experience sports.

Watch from the field without leaving your living room

In the science fiction novel Neuromancer, William Gibson famously uses the term “consensual hallucination” to describe virtual reality technology. But VR is far from the stuff of science fiction anymore. It’s well known at this point that VR is well developed in the world of video games, but the technology is also quietly revolutionizing live-action sports. In fact, a stadium-quality VR viewing experience is already here.

In February, U.S. wireless provider Verizon hosted a VR Super Bowl LII experience over a 5G connection to a limited group of employees. The VR experience was replete with a virtual luxury suite at Minneapolis’ US Bank Stadium that offered 180 degree views of the big game. But this wasn’t just a one-off thing. Collaborations between the NFL and Oculus Rift will soon make the game experience as we know obsolete and unimpressive. First-person camera angles will allow VR users to experience being on the field, right in the middle of the action, and three-dimensional holographic models will offer a novel way to see the game. It may not even be long before NFL fans at home can capture the pregame tailgating experience through VR.

The NFL is not the only major sports organization evolving to resemble science fiction. This past summer, the BBC app provided a VR World Cup experience, giving viewers the agency to choose their own camera angles and to point at players to retrieve stats and information about them. NBC’s broadcast of the 2016 Summer Olympics in Rio de Janeiro had a VR component as well, which included coverage of track and field events with 360 degree views.

Ultimately, virtual reality will not only revolutionize the viewing experience for sports enthusiasts, but it will also improve the game for those who play it. Retired NFL legend Steve Young has advocated for the use of VR technology to improve concussion protocols, making the game safer for players and opening the door for professional sports teams to use VR for next-generation training techniques.

Be your own producer, or discover the next Messi

When live sports were first brought into homes across the world, games were presented from a single camera angle. Eventually, broadcasts had much more robust camera operations, but it was still up to TV producers to decide which camera angles you got to see and when. Streaming video may soon make the television broadcast producer’s role obsolete, as viewers at home will be able to watch the game from angles of their choosing. Perhaps you prefer to watch the first game from the owner’s box and then the second half from the middle of the action? It’s up to you to decide which is the best seat in the house.

As with VR technology, video streaming enhancements have the ability to improve the game not just for the people watching, but also for those competing. Professional sports organizations will no longer have to shell out hundreds of thousands every year sending talent scouts everywhere from Rosario, Argentina, to Akron, Ohio, to find the next generation of superstars. Instead, advanced camera systems in athletic facilities all over the world will give teams in-person scouting capabilities from their headquarters.

For the athletes themselves, they’ll no longer be at the mercy of fate, and hope to make the dynamic play that catches a scout’s eye when they happen to be there in the stadium watching. The potent combination of streaming video technology and machine learning will allow the cream to more easily rise to the top, as innovation will allow teams to cull the most relevant game action and training footage in order to discover top prospects and develop them into the next legends of the game.

A glimpse of the future in sports

Considering all the use cases discussed here, it really is no surprise that sports have become such a vital testing ground for VR — but VR is far from the only next-generation innovation happening in sports. Stadiums have themselves become technological marvels, with major franchises across the world’s top leagues are investing to improve the internet connectivity within their stadiums and allowing fans to use concierge apps like SeatServe to order food right to their seat. There are entirely new forms of competition emerging, including AI-piloted versus human drone races. And the list goes on.

But no innovation has the power to transform how we experience sports quite like VR. Being there when you can’t be there in person has never had the power to be more transformative. While the rest of the media landscape figures out exactly what this means, sports are already showing us.

Mateusz Przepiórkowski is the VP Sales, Head of Media & Communications business line at intive, a software company focused on digital product engineering with more than 18 years of experience.