Volvo has announced a commercial first for its autonomous trucking endeavors. The Swedish automotive company has signed a deal with Norwegian mine Brønnøy Kalk to transport limestone along five kilometers of roads and tunnels from the mine to a nearby port using self-driving trucks.

Volvo has engaged in a number of pilots in recent years to get its autonomous trucks ready for commercial projects. In Brazil, Volvo trialed self-steering trucks to help sugarcane farmers improve crop yield, and it has also tested an autonomous garbage collection truck. As early as 2016, Volvo was testing autonomous trucks in an underground mine in Sweden, part of an initiative to demonstrate the technology as a means of improving both efficiency and safety in hazardous conditions.

Inking its first commercial deal, however, is a notable development not only for Volvo’s self-driving trucks, but for the broader autonomous vehicle push. Indeed, self-driving vehicles won’t just land on public roads overnight — they will likely seep into society gradually, with niche cases that use preset routes serving as the foundation for a bigger expansion.

“It is exciting to reach this point where we introduce autonomous solutions,” said Volvo Trucks’ director of autonomous solutions, Sasko Cuklev. “By working in a confined area on a predetermined route, we can find out how to get the best out of the solution and tailor it according to specific customer needs. This is all about collaborating to develop new solutions, providing greater flexibility and efficiency, as well as increased productivity.” 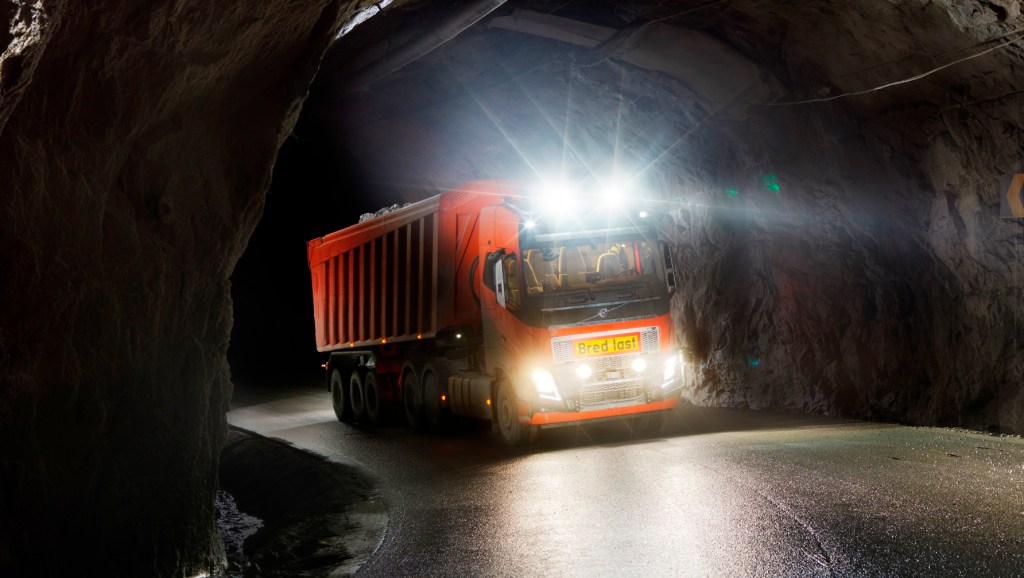 Above: Volvo self-driving trucks will traverse 5km of tunnels 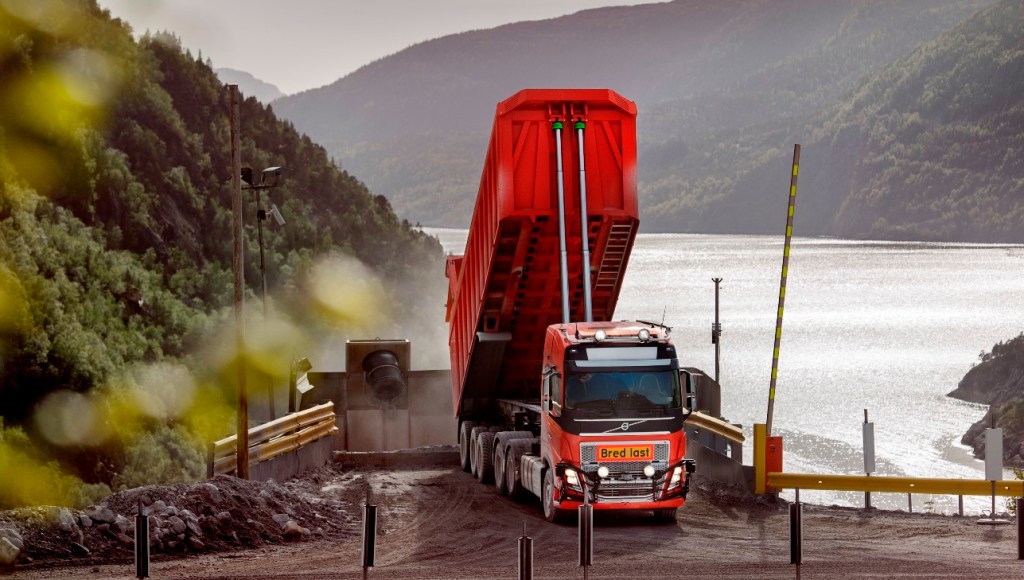 Above: Volvo autonomous truck offloading limestone into a crusher at a nearby port

It’s also worth noting here that Volvo isn’t selling trucks to the mine; it’s selling a transport service. Volvo owns the trucks, and Brønnøy Kalk pays per tonne of limestone delivered. Using this business model, it is much easier for Volvo to convince companies to jump on board, as it requires minimal up-front investment.

“This is an important step for us,” said Brønnøy Kalk mine managing director Raymond Langfjord. “The competition in the industry is tough. We are continuously looking to increase our efficiency and productivity long-term, and we have a clear vision of taking advantage of new opportunities in technology and digital solutions. Going autonomous will greatly increase our competitiveness in a tough global market.”

The Brønnøy Kalk mine will utilize six autonomous Volvo trucks. And while initial tests did use safety drivers, when the vehicles are put into full official operation by the end of next year, they will be entirely self-sufficient. 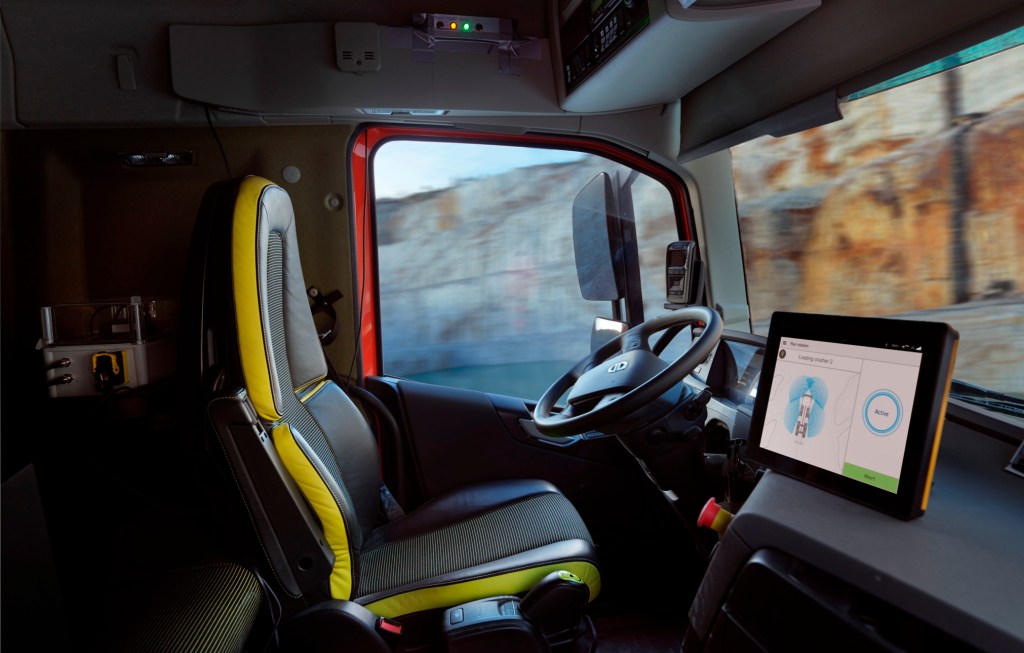 A number of other autonomous trucking companies are already entering the early stages of commercial operations, including Sweden’s Einride, which recently signed a deal with logistics giant DB Schenker, who will use Einride’s all-electric autonomous T-pod to transport goods on-site to and from a warehouse. This is expected to set the foundation for an eventual expansion into road freight transportation. 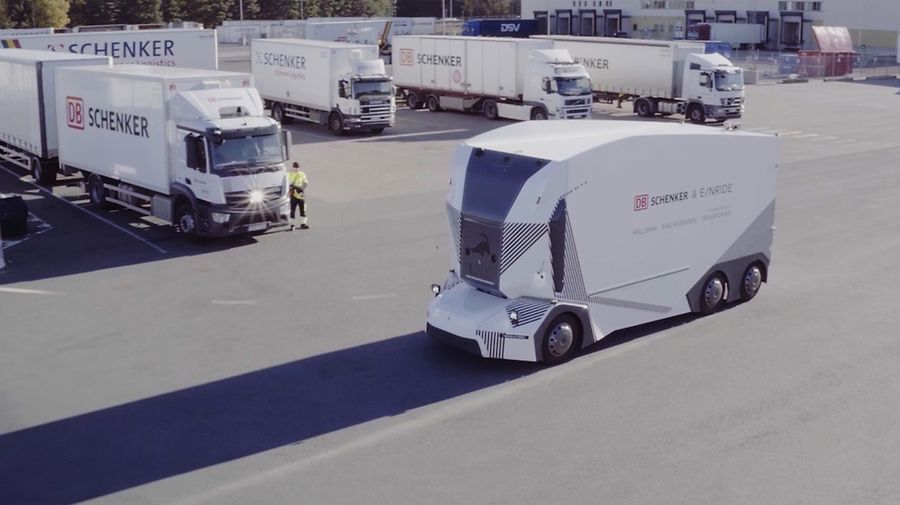 A number of companies have raised significant investment for various trucking technologies, many of which leverage automation, while Volvo itself recently debuted a new concept electric autonomous truck it calls Vera.

“The global transport needs are continuously changing at a very high pace, and the industry is demanding new and advanced solutions to stay ahead,” added Volvo Trucks president Claes Nilsson. “Our aim is to be the leader of the development of products and services to respond to these demands.”