Back in September, Apple announced that it had added new heart monitoring hardware to the Apple Watch Series 4, enabling the wearable to produce electrocardiogram (ECG) readings — with an FDA-approved ECG app that would be released “later this year.” Nearly three months later, the ECG app is about to be released alongside watchOS 5.1.2, MacRumors reports, as Apple has started to train employees on both the app and related customer inquiries.

According to the report, Apple is training retail employees to avoid overselling the ECG feature — an important step in marketing a health-related device. Specifically, a training document instructs employees to tell customers that the ECG app is “not intended to be a diagnostic device or to replace traditional methods of diagnosis,” and “should not be used to monitor or track disease state or change medication without first talking to a doctor.”

While previous Apple Watches were capable of monitoring the number of heartbeats per minute, ECG heart monitoring is more sophisticated, and generally used for clinical purposes. Using two skin-touching electrodes, it measures the natural electricity that powers your heart, providing a graph of the way your heart is beating.

Most hearts beat in the same way, known as a “normal sinus rhythm,” represented by a sharp spike preceded and followed by smaller waves, representing coordinated pumping of blood through the chambers of a heart. If the spike or waves aren’t as expected, there’s a possibility that something’s wrong with the way the heart’s working. Should the watch flag an irregularity, it’s time to follow up with a doctor to see what’s going on. 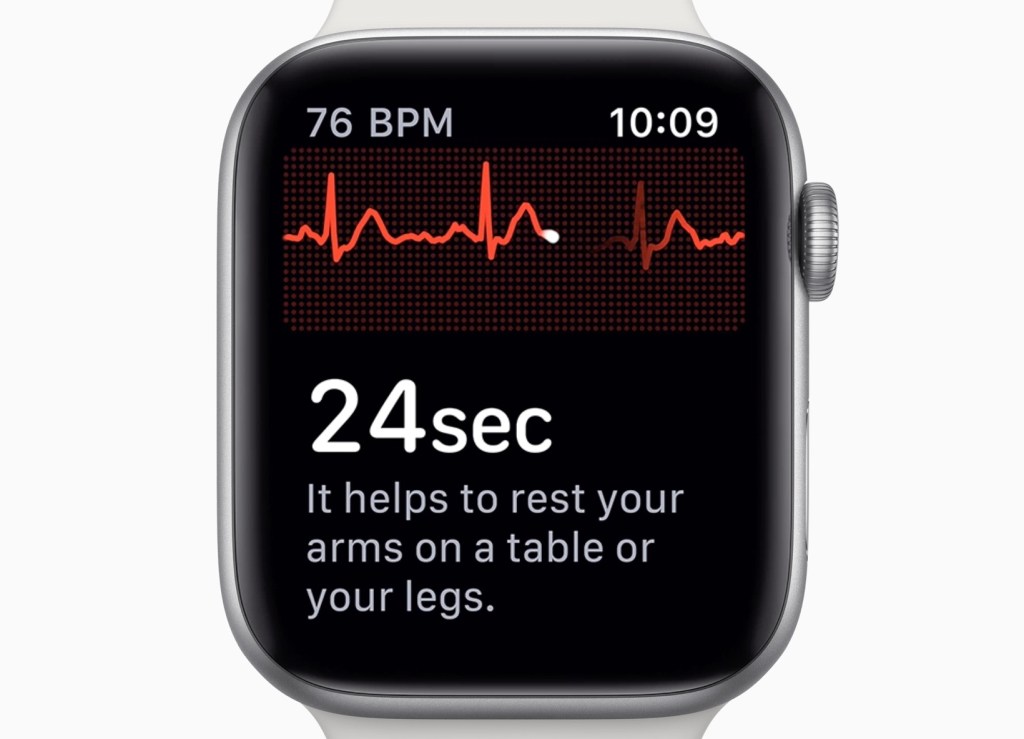 Apple’s ECG app enables Apple Watch Series 4 users to take ECG readings in a simple manner: One electrode sits all the time on your wrist, and a second electrode is hidden in the Digital Crown. You load the ECG app, touch your finger to the Crown’s flat surface, and let the Watch take a 30-second reading. The results appear on screen to give you a sense of whether there’s an irregularity, and you can forward the ECG result in PDF format to your doctor if there’s a concern. Results are otherwise kept private, and can be checked within the connected iPhone’s Health app.

Since most people will have no idea whether anything’s wrong just by inspecting their sinus rhythms, the ECG app will attempt to automatically identify irregularities such as atrial fibrillation (AFib) — a common predecessor to a heart attack or stroke. The screening process isn’t perfect, but can provide an early warning that something’s not right, and potentially provide a monitoring option to those who have suffered from intermittent heartbeat concerns. That said, the FDA has warned users to be aware of both false positives and false negatives, and not to view a watch as a full replacement for medical-grade multi-lead ECGs read by clinicians. 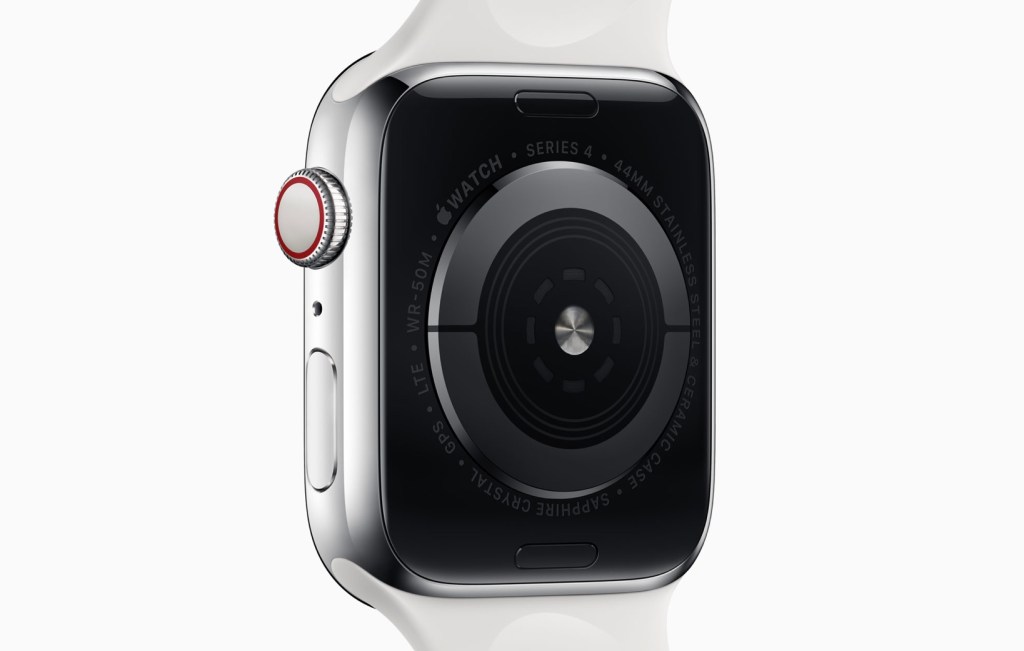 Until now, users interested in self-administering ECGs had to rely on accessories developed by AliveCor (also known as Kardia), which released a $99 pocket-sized ECG device for iOS and Android phones, and a $199 Apple Watch band. The Apple Watch Series 4 was the first end-to-end wearable ECG solution to receive U.S. FDA clearance, enabling it to be offered directly to U.S. consumers, but the ECG feature will require separate government approvals from other countries before it can be offered elsewhere.

Apple’s ECG app for Apple Watch Series 4 will be a free download through the iPhone’s Watch app as part of watchOS 5.1.2 and, given the company’s standard training timelines, should become available for U.S. users shortly. As iOS 12.1.1 will be required to support ECG syncing to an iPhone, and is expected to be released in early December to support Verizon eSIM functionality, watchOS 5.1.2 could be released alongside it.

The ECG functionality will not come to older Apple Watches, but watchOS 5.1.2 will enable irregular heartbeat notifications in Series 1 and newer models. Release dates for the ECG app in other countries are currently unknown.