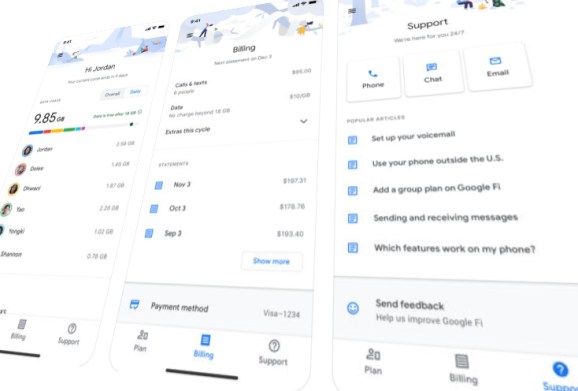 Google is finally opening up its Project Fi mobile virtual network operator (MVNO) service to iPhones, and the company has revealed it will now support the majority of Android phones too.

Additionally, Google announced that it’s dropping “Project” from the name of the service, which will now be called Google Fi.

Google Fi, for the uninitiated, automatically switches between the Wi-Fi and cellular networks of Sprint, T-Mobile, U.S. Cellular, and Three, which ensures that users have constant access to the best and fastest networks based on their current location. Last month, Google rolled out an “enhanced network” for Project Fi that includes a VPN for all connections, among other new features.

In terms of price, subscribers pay $20 a month for unlimited calls and texts, plus an extra $10 for every gigabit of data they use. Earlier this year, Project Fi also introduced a new unlimited mobile data plan for $60.

The internet giant first unveiled Google Fi more than three years ago, though for most of its history the service has only supported Google’s own Nexus- and Pixel-branded devices. However, back in May support was extended to a handful more Android devices from the likes of Motorola and LG. Today’s announcement opens up Google Fi’s coverage significantly, as it means anyone with a Samsung, Sony, HTC, or even OnePlus can now tap into Google’s MVNO network.

Arguably the biggest facet of this expansion, however, is support for iPhones, given that Apple’s mobile phones have claimed sales plurality in the U.S. smartphone market for many years. 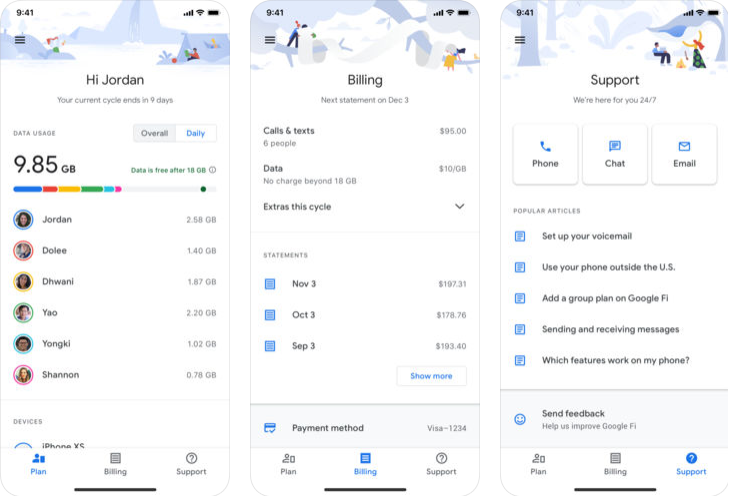 Above: Project Fi app for iOS

But of course all phones are not created equal. To access the full suite of features offered by Google Fi, the company is still recommending you use one of the official “Fi-friendly” phones — other Android devices and iPhones won’t support network switching, which basically means the service won’t automatically move between the various cellular networks. They’ll be stuck on the T-Mobile network.

There are a number of other key features Google Fi for iOS won’t support, such as visual voicemail, calls and text over Wi-Fi, automated spam detection, international tethering, and family link accounts.

Android phones must be running at least Android 7.0 to support Google Fi and must have LTE bands 2 and 4. iPhones must be running iOS 11 or higher, and it’s worth noting here that the Google Fi iOS service remains in beta, although the mobile app is available to download now. Setting up Google Fi on iPhones will also require a few more steps than it will on Android.