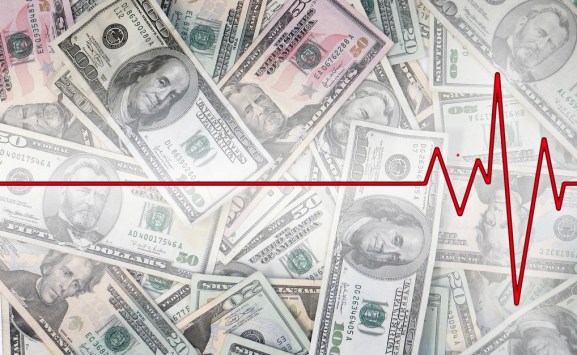 Global cybersecurity continues to see impressive growth, fueled by increasingly complex environments and sophisticated attacks. While this growth is driven globally by innovation hubs such as Israel, much of the demand, especially for enterprise security, still comes from the American market. This presents cybersecurity innovators from abroad with a unique challenge: How do you develop, launch, and grow a product for a market thousands of miles away?

For non-U.S. cybersecurity startups with high aspirations, selling to the U.S. isn’t an option, it’s a necessity. Markets like Israel are too small to support venture-scale businesses, and other large markets (Europe, Asia) present their own complications. Given this dynamic, it’s never too early to start planning. Here is an outline of the playbook my firm uses to support seed-stage Israeli startups as they penetrate the American market, along with insights from founders at various stages of growth:

Founders often experience technological tunnel vision. Obsessing over features at the expense of fit is common, especially with customers an ocean away. Pinpointing the right problem to solve (and for whom to solve it) is equally important as engineering an impressive technical solution. Engaging relevant customers, however, is easier said than done.

Many early-stage non-U.S. entrepreneurs lack the robust American network needed to hit the ground running. And while local design partners can be important (especially pre-funding), customer discovery needs to happen at scale in the target market. To us, this means engaging with 70+ Chief Information Security Officers when validating a team’s initial product. Founders should add this high on the list of things to consider when evaluating early investors.

Yaniv Bar Dayan, CEO of Vulcan Cyber, explains: “When you develop something in vain, you actually pay the price twice. If you don’t validate in the target market beforehand, you leave the fate of your company entirely up to chance. … Talking with top prospects from the beginning allowed us to verify Vulcan’s thesis; and to optimally invest R&D resources.”

Finding the right beta customers requires a huge top of funnel, which is why engaging with as many customers as early as possible is key. If a team presents its idea to 50 relevant CISOs and can’t find willing beta partners, it’s probably time to critically re-evaluate the value proposition. Our portfolio companies engage with approximately 5-7 early design partners prior to general availability.

Treat these early discussions as collaborative and avoid aggressive sales tactics – a common misstep among eager early-stage founders. Jonathan Langer, CEO of Medigate advises: “Early on, engage with clients, don’t sell to them. Hear them out and listen to their needs. That way, when you come back with an answer to those needs (i.e. your beta), you won’t have to sell them – they’ll have already bought in.”

The next consideration is where to look for these partnerships. Jonathan recalls: “After initially speaking to a range of people, we found our customer was very different than we first thought. Discovering this early was critical. Strong beta partnerships need a champion who’s influential and innovative. If she’s an executive, even better. But reaching C-level often requires winning over users lower down the corporate ladder. So be open during those early conversations.”

When working with beta customers, accommodate their needs, but avoid over-customization. Building a bespoke solution is short-sighted and can hurt your chances of long-term success. If you can’t prioritize a requested feature, acknowledge it and explain your reasoning. Partners will understand but must feel heard – this is a top complaint I hear from CISOs who are early adopters. Nathan Burke, CMO of Axonius, understands this dynamic well: “The relationship you develop and intelligence you get about how each prospect experiences the problem is all part of how you close the deal.”

Although iteration should have begun during market validation, beta testing differs in kind and degree. Nathan points out that your burden of proof is higher here: “Sometimes early customers don’t always give you critical feedback – they’re too polite. The question isn’t whether it’s interesting. Instead it’s, “What critical feedback do I need to make potential customers ready to buy?” Rigorous testing with beta partners who are good proxies (or even prospects) for customers will quickly shape an MVP into a market-ready product. Then it’s time to accelerate growth.

Hiring a U.S. sales lead is a particularly daunting task for non-U.S. entrepreneurs without a pre-existing network. The variance in effort needed to make this critical hire is huge, and the process can take months. CEOs will often delay here, believing they can handle sales themselves (especially if they are good at it), but delegating daily sales responsibility is a precondition for scaling meaningfully.

The job headline should be: great operator with potential to grow into a manager. The priority is to secure the first 3-5 paying customers in order to secure a great Series A round. A common mistake is hiring an experienced VP of Sales who can run a global team but hasn’t had to operate solo in years. At this stage, startups can survive (even thrive) with someone who isn’t a manager but can hustle and close deals on her own – the opposite is untrue.

The U.S. sales lead needs to be scrappy and resourceful. Initially, look for someone with real hustle and a strong, relevant network. Culture and fit are also crucial. The U.S. salesperson must work with leadership closely, yet operate remotely. Experience in a similar role is ideal. Great chemistry is a must. As everything comes together, it will be time to raise additional capital to scale.

I’m often asked: “How much revenue do I need to get to a Series A raise?” That’s an oversimplified question. Providing a number is arbitrary because good Series A investors look far deeper than revenue. And while there is an argument for pursuing quick wins to start appealing to Series A investors, customers are only a proxy for the real objective — building sustainable business momentum. Yes, we say winning 3-5 customers is important, but so is the type of customers you have, the robustness of the pipeline, the partner and channel relationships you’re cultivating, the quality of the team, the maturity of the product, and the roadmap to scale.

Informal introductions to Series A investors should start as early as customer discovery. You don’t want your first conversation with a potential Series A investor to be the one where you’re asking them for money! These conversations, independent of investment, will grant valuable perspective on your product and naturally expand your network.

Each journey from seed to A will vary, presenting different challenges depending on the team and market. The key is balancing the need for short-term wins while pursuing the ultimate vision as you progress from an idea on a napkin to a growing company with paying customers. Achieving early milestones without compromising long-term potential requires discipline and tenacity, but when done properly can optimize your chances for success.