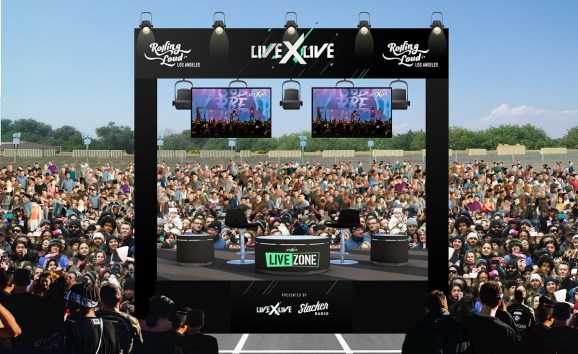 LiveXLive is streaming dozens of concerts.

LiveXLive started four years ago with the aim of streaming live music festivals around the world. This year, it will stream 350 hours from 16 festivals to more than 40 million viewers, and today the company is announcing that it will handle streaming at the Rolling Loud Festival in Los Angeles.

As Twitch has done with games, LiveXLive aims to change the way people view music festivals on the internet. For events like Rolling Loud, West Hollywood, California-based LiveXLive will handle a mixture of music news, commentary, festival updates, and artist interviews, in addition to streaming the live shows.

“Music festivals are about more than artists performing on stage,” said Rob Ellin, chair and CEO of LiveXLive, in an interview with VentureBeat. “We want people to experience live music like it’s never been done before.”

Ellin said the company has deals to stream 27 music festivals in 2019, but that could increase to 40 or 50, depending on deals still coming in. It currently streams to 120 countries and has grown to more than $45 million in revenue.

The company has 75 employees, as well as 40 or so consultants.

At Rolling Loud, LiveZone will broadcast from all over the festival grounds, including onstage, side-stage, backstage, and from within the crowd. Live Zone’s “Ground Zero” will be a live newsroom and an on-set stage that will be used for interviews, commentary, and intimate performances.

About 30 percent of the festivals, like Rock in Rio or Jazz Montreal, are outside of the U.S. The company bought Slacker Radio for $50 million in 2017, and that curated radio station service has grown to more than 500,000 subscribers.

Some rivals have dropped out, but LiveXLive is still competing with Yahoo. LiveXLive can get 3 million views from a festival, and maybe a million views per festival day.

“We view this as a game-changer in pop culture, like a missing link that fills the gap from MTV 25 years ago,” Ellin said. “There are 2,000 massive music festivals with dozens of artists and thousands of people attending each one.”

Over time, LiveXLive will figure out how to integrate new technologies, like augmented reality and virtual reality experiences, into its music streaming service.

“And over time, we want the consumer to be able to move from live event to live event,” Ellin said. “We want to stream multiple live events every day, 24 hours a day and seven days a week. We want it to be immersive, so no one misses any of the greatest music.”

The company closed the previous quarter with $14 million in cash.