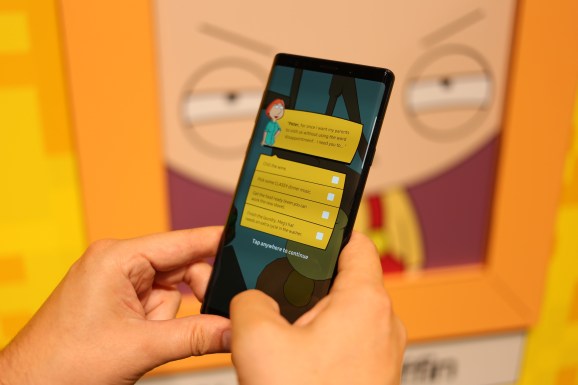 Samsung's pre-5G phones will inspire the designs of its upcoming, unnamed 5G devices.

If you were looking forward to AT&T’s super-fast Netgear 5G hotspot this month or the first 5G Samsung phone in spring 2019, prepare yourself for a little confusion — and possibly some disappointment. This morning, the U.S. cellular carrier announced that it will bring a second unnamed Samsung 5G phone to market in the third quarter of 2019, and only one feature has been confirmed: It will be able to access both millimeter wave (mmWave) and sub-6GHz 5G networks.

While it’s tempting to say that today’s announcement of a second, more network-compatible Samsung 5G phone instantly renders the first phone obsolete, that’s not necessarily the case. But it will raise a major question for early AT&T 5G adopters, namely whether to spend money on early 5G devices that will only work on certain segments of the carrier’s 5G network.

As has been amply discussed over the past year, upcoming 5G networks will rely on multiple and decidedly different radio frequencies to provide high-speed service. Both AT&T and top rival Verizon have focused their marketing on mmWave radio technology, which delivers outstanding data speeds over short distances. But achieving broader coverage will depend on sub-6GHz and lower radio frequencies that more easily blanket large areas. Notably, Qualcomm’s Snapdragon 5G modems and antennas are capable of operating on both mmWave and sub-6GHz networks.

AT&T’s announcement is brief, but has significant implications. The company now says that it will be the “first U.S. carrier to launch standards-based mmWave mobile 5G in 2018” and notes that it’s already installing sub-6GHz radios so it can offer 5G “to more customers in more areas.” In other words, the first Samsung phone might pick up AT&T’s 5G signal in some places but fail to get a 5G signal in others — not the type of experience you’d expect after investing close to $1,000 on a new device.

If you were thinking of becoming an early AT&T 5G adopter, you’ll now have to determine whether the device you’re buying will work with the AT&T 5G towers where you live, work, and travel — assuming you can even really figure that out from a coverage map. The shorthand trick will be that if your hotspot or phone doesn’t include both mmWave and sub-6GHz support, you’re probably going to have coverage problems somewhere going forward. But even mmWave-only 5G phones will be able to fall back to LTE networks for gigabit-class LTE coverage.

It’s worth noting that Verizon took a different approach to launching 5G services, starting solely with “fixed 5G” home modems that it has promised to upgrade or replace as needed to match evolving 5G standards. In recent months, Verizon has promised to offer standards-based mobile 5G services in early 2019, with devices including an unspecified Samsung phone and Motorola 5G Moto Mod that will work at least on mmWave frequencies. We’ll have to wait and see whether Verizon has the same frequency-based coverage challenges as AT&T, but at this point, it wouldn’t be a surprise.