Microsoft today announced it is embracing Chromium for Edge browser development on the desktop. The news includes plenty of exciting changes, including the decoupling of Edge from Windows 10, more frequent updates, and support for Chrome extensions. But we also wanted to find out what other major browser makers think of the news.

Google largely sees Microsoft’s decision as a good thing, which is not exactly a surprise given that the company created the Chromium open source project.

“Chrome has been a champion of the open web since inception and we welcome Microsoft to the community of Chromium contributors,” a Google spokesperson told VentureBeat. “We look forward to working with Microsoft and the web standards community to advance the open web, support user choice, and deliver great browsing experiences.”

“This just increases the importance of Mozilla’s role as the only independent choice,” a Mozilla spokesperson told VentureBeat. “We are not going to concede that Google’s implementation of the web is the only option consumers should have. That’s why we built Firefox in the first place and why we will always fight for a truly open web.”

Mozilla regularly points out it develops the only independent browser — meaning it’s not tied to a tech company that has priorities which often don’t align with the web. Apple (Safari), Google (Chrome), and Microsoft (Edge) all have their own corporate interests.

From a social, civic and individual empowerment perspective ceding control of fundamental online infrastructure to a single company is terrible. This is why Mozilla exists. We compete with Google not because it’s a good business opportunity. We compete with Google because the health of the internet and online life depend on competition and choice. They depend on consumers being able to decide we want something better and to take action.

Will Microsoft’s decision make it harder for Firefox to prosper? It could. Making Google more powerful is risky on many fronts. And a big part of the answer depends on what the web developers and businesses who create services and websites do. If one product like Chromium has enough market share, then it becomes easier for web developers and businesses to decide not to worry if their services and sites work with anything other than Chromium. That’s what happened when Microsoft had a monopoly on browsers in the early 2000s before Firefox was released. And it could happen again.

A Chromium-based Edge means a lot for the few users that actively use Edge, but much more interesting will be the impact on the broader web. Chrome dominates already — will this only cement its place or will the competition heat up?

We also contacted Apple and Opera and will update this story if we hear back.

Update at 12:10 p.m. Pacific: Opera thinks Microsoft is making a smart move, because it did the same thing six years ago.

“We noticed that Microsoft seems very much to be following in Opera’s footsteps,” an Opera spokesperson told VentureBeat. “Switching to Chromium is part of a strategy Opera successfully adopted in 2012. This strategy has proved fruitful for Opera, allowing us to focus on bringing unique features to our products. As for the impact on the Chromium ecosystem, we are yet to see how it will turn out, but we hope this will be a positive move for the future of the web.” 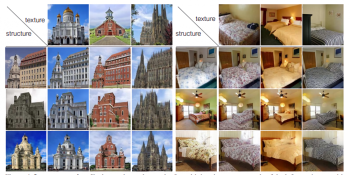