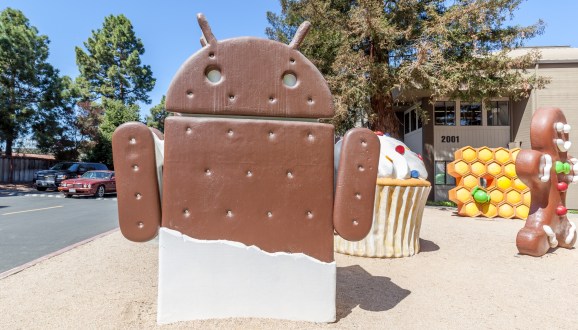 A little more than seven years after Google first introduced Android 4.0 to the world, the internet giant has announced that it’s pretty much pulling support for the geriatric mobile operating system.

Ice Cream Sandwich (ICS), as Android 4.0 to 4.0.4 is more affectionately known, was a landmark operating system in many ways, ushering in a whole new set of interface guidelines — with a more minimalist design, not to mention groundbreaking features such as near-field communication (NFC), lockscreen support for camera and music controls, and facial recognition smarts for unlocking devices.

Today, however, ICS is a mere blip on the Android ecosystem radar, which is why Google Play services will no longer provide updates for the APIs (14 and 15) used by applications running on ICS.

Google Play services, for the uninitiated, is a background service and API package Google uses to serve updates to Android users without requiring them to upgrade their whole OS.

App developers who currently offer minimum support of API level 16 (Android 4.1 Jelly Bean) and over won’t have to do anything as a result of these changes. However, if their apps currently support API level 14 or 15, they will encounter a build error when updating to a newer SDK version. Google is now recommending that all developers target API level 16 as the bare minimum, which means those still using Ice Cream Sandwich on their Android device won’t even see the app update in Google Play, let alone be able to download it.

In real terms, this update will affect a minuscule proportion of the Android user base — but as the saying goes, a small percent of a high number can still be a lot of people. According to official Android figures, Ice Cream Sandwich is running on just 0.3 percent of devices, but given that well over 2 billion devices are running Android, as many as 7 million people could be impacted by these changes.

That said, anyone still running Ice Cream Sandwich is unlikely to be eager for the latest apps. “A very small percentage of all Android devices are using API levels less than 16,” noted Google’s technical program manager for Google Play, Sam Spencer, in a blog post. “We believe that many of these old devices are not actively being used.”

Finally, what does this mean for anyone using versions of Android even older than Ice Cream Sandwich? Well, Google Play services ditched support for Gingerbread and Honeycomb nearly two years ago, so it’s more than likely such devices are either no longer in use or are used purely as telephones.