If 2018 was the year that in-screen fingerprint readers became a thing in mobile phones, it’s looking like 2019 will be the year of the in-screen selfie camera.

Later today, Samsung is expected to debut the Galaxy A8S, which reportedly sports a “hole punch” front camera embedded into the display, while Lenovo is expected to introduce the Z5S next week shortly after Huawei lifts the lid on the Nova 4 — both of these devices will supposedly have similar selfie lenses built into the display.

But marginally beating them all to the punch is Huawei sub-brand Honor.

At an event in Hong Kong today, Honor unveiled the View20 phone, which pretty much does away with the top bezel, and there isn’t a notch in sight. 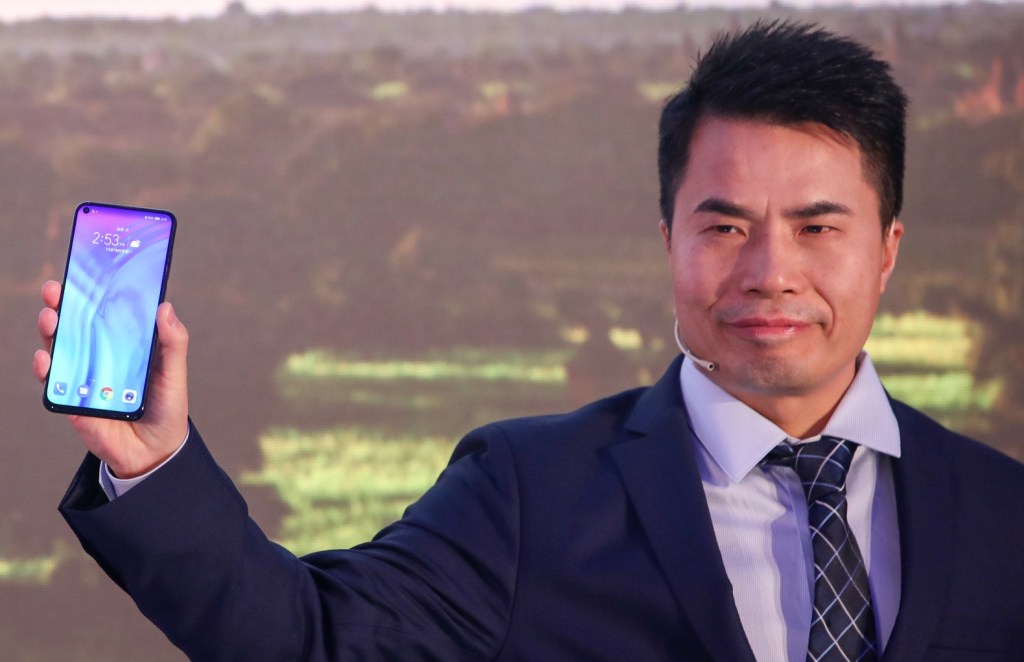 Above: Jimmy Xiong, general manager of product at Honor

One common complaint about many recent smartphones has been the shift toward “notches” at the top. They are designed to provide a little more screen real estate, but these notches aren’t to everyone’s taste, and in the case of Android they often mean you can no longer see important alerts and notifications without swiping down from the top.

The Honor View20 tackles this problem with what the company calls the new “All-View” display, which it says was achieved by an “extremely complex 18-layer technology stack” that embeds the front camera in the display, thereby extending the visible area to close to 100 percent.

“As a trendsetter, Honor continues to push the limits of innovation and product craftsmanship. We endeavor to continually deliver technology breakthroughs to the world and deliver exceptional experiences for our users,” said Jimmy Xiong, general manager of product at Honor, in a press release.

Other notable View20 details mentioned at the event include a Kirin 980 chipset (the world’s first 7nm mobile chip), a whopping 48 megapixel rear camera, and something the company calls “link turbo,” which apparently leverages big data and AI to analyze individual usage and network conditions to switch automatically between Wi-Fi and 4G, depending on the strength of available networks.

The View20 won’t officially launch until an event in Paris next month, but we can confirm that the device will be available to buy globally. More notably here, however, is that Honor has bothered to host a “pre-launch event” before the main launch event to tease some of the new features.

It’s clear there is something of a “battle of the firsts” when it comes to in-screen selfie cameras, and with so many rumors of other companies preparing to launch similar technologies, Honor has elected to get its reveal in just a little bit earlier.