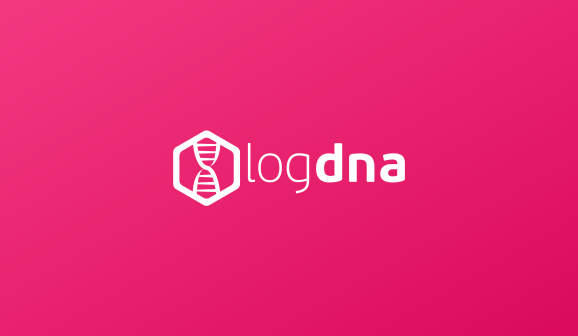 Developers have to contend with a firehose of log data every day — terabytes, in some cases. It’s enough to bring even the nimblest of DevOps teams to a crawl, particularly when something goes wrong.

Entrepreneurs Chris Nguyen and Lee Liu set out to address the information overload five years ago with LogDNA, a Mountain View startup that emerged out of an internal tool they’d built for a previous company. LogDNA’s eponymous analytics suite is now used by more than 2,000 customers and tens of thousands of users, growth that’s boosted revenue five times over the previous year. This growth has attracted a throng of investors led by Emergence Capital, which contributed toward a $25 million series B funding round announced today. Y Combinator and Reddit cofounder Alexis Ohanian’s Initialized Capital also participated.

Nguyen, who serves as CEO, said the infusion of new capital will be used to scale LogDNA’s engineering, sales, and marketing teams.

“The evolution of microservices and Kubernetes have led to an inflection point where one size does not fit all when it comes to application insights. We have seen a shift to multi-cloud environments with data residing across multiple different infrastructures and regions,” he said. “LogDNA has a suite of modern offerings that are already resonating … We are excited to be able to expand on our solution and enable teams to view all of their log data regardless of data residency and infrastructure.”

LogDNA runs in the cloud or on-premises, and offers a streamlined UI that lets developers narrow down log lines by filters or search using standard terms, excludes, or chained operators. Thanks to built-in auto-parsing and graph support for “most” popular formats, developers can use natural language to jump to specific points in time and create custom alerts for certain queries, hosts, and apps. 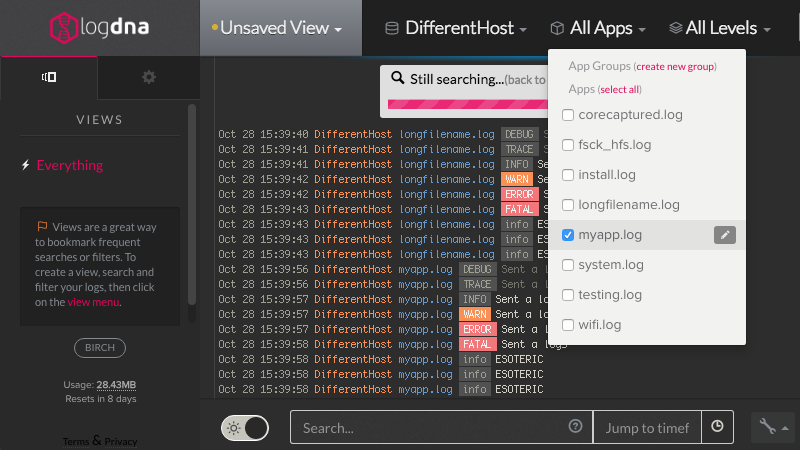 Above: A screenshot of LogDNA’s dashboard.

There’s a proactive component, as well. Nguyen says the company is investing heavily in machine learning that will prevent server outages and surface data to mitigate outages.

LogDNA is as robust as they come, collecting logs across multiple deployments from more than 30 of the industry’s most popular environments including Amazon Web Services, Heroku, and Elastic. The platform juggles hundreds of thousands of log events per second and more than 20 terabytes per customer per day, Nguyen claims, all while offering SOC2, HITECH, PCI-DSS, and HIPAA-compliant logging.

LogDNA has competition in spades, to be fair — Loggly, Logentries, Sumo Logic, and Scalyr come to mind — but it’s managed to snag big accounts like Instacart, OpenAI, WayUp, Life360, Lime, and Lifesize in part thanks to an attractive pricing scheme. Customers pay per gigabyte — or, if they’re on the smaller side, take advantage of LogDNA’s free plan.

“As every company in the world becomes a software company, a solution that can quickly and securely analyze logs from multiple clouds and on-premise servers is critical to maximize uptime across the board,” Emergence Capital general partner Joe Floyd said. “Our entire team agreed that LogDNA has the core functionality, intuitive interface and smart scaling capabilities to be that indispensable solution, and thus we are thrilled to partner with them to bring this game-changer to market.”