Fraud detection startup Inscribe today announced the close of a $3 million funding round.

The money will be used to grow the company and its engineering ranks. As a result, an office will be opened in Dublin, Ireland, cofounder and CEO Ronan Burke told VentureBeat in a phone interview. Inscribe currently has four employees.

Computer vision may flag documents based on their appearance resembling free online templates, dark web forgeries, or even based on the font used or color of a document.

“We’re focusing a lot on fintech lenders at the moment, but next year we’ll be moving towards more traditional lenders and larger companies, and then further afield, we’ll also explore insurance and other marketplaces like Uber and Airbnb who require you to show you own the property or require you to have insurance for your car,” he said.

In addition to use of computer vision and NLP to find patterns in fraud in documents, Inscribe also cross references documents with internal databases of fraudulent phone numbers, addresses, business names, and images of fraudulent documents.

Going forward more third-party databases will be used to inform Inscribe’s fraud detection AI such as information from governments like tax numbers as well as addresses, business names, and templates of fraudulent pay stubs found online.

Inscribe will stay focused on scanning documents for the foreseeable future, Burke said.

“For now documents are our main focus because the number of documents being used in the underwriting process throughout the world and monetary value being placed on them, it’s quite a unique situation where loans worth hundreds of thousands of dollars are based on documents and also insurance claims.”

The $3 million funding round was led by Crosslink Capital and Uncork Capital with participation from SV Angel, Friále, Liquid 2 Ventures, and Quiet Capital.

An additional $170,000 was raised as part of participation in Y Combinator and Acceleprise startup accelerators.

Inscribe was established in October 2017 and is based in San Francisco. 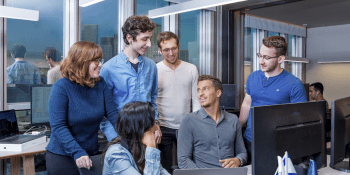