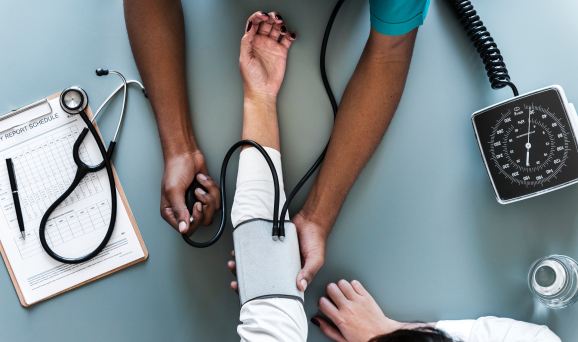 Voice analysis company Cogito today announced it has created CompanionMx, a spinoff company made to bring emotion-tracking to health care providers. CompanionMx will build products that allow physicians to use voice analysis AI to track the well-being of patients with conditions like depression, bipolar disease, PTSD, and other anxiety disorders.

While Cogito focuses on voice analysis to help companies understand the emotional state of customers speaking with call center agents, Companion will deliver voice analysis services for health care providers, including the Department of Veteran Affairs.

The company’s first product, Companion, is a smartphone app that works by asking a patient for a daily voice check-in and records their voice to analyze their emotional state.

Voice analysis is then paired with behavioral data gleaned from a user’s smartphone and info about daily activities. If location data shows that you haven’t left your house for a number of days, for example, that could be a red flag for depression.

All this info is shared with clinicians or physicians on a visual dashboard.

Prior to the creation of CompanionMx as a separate company, Cogito carried out seven randomized clinical trials with partners like Brigham and Women’s Hospital.

The voice analysis AI has also been used in trials at West Point to help the United States Navy train cadets.

Insights surfaced by the Companion app are meant to help doctors understand a patient’s state, rather than replacing health professionals, CompanionMx CEO Sub Datta told VentureBeat in a phone interview.

Companion’s initial focus will be on adults ages 18-65, but the company plans to produce products for children and seniors in the future.

Similar to Companion, the AI Buddy Project was started last year to provide emotional support to the children of deployed military service members, helping them cope with trauma and keeping parents and guardians informed when a child is having a hard time.

CompanionMx parent company Cogito has raised more than $70 million to build its solutions after spinning out of MIT in 2007. Just last week, it closed its most recent funding round of $8 million.