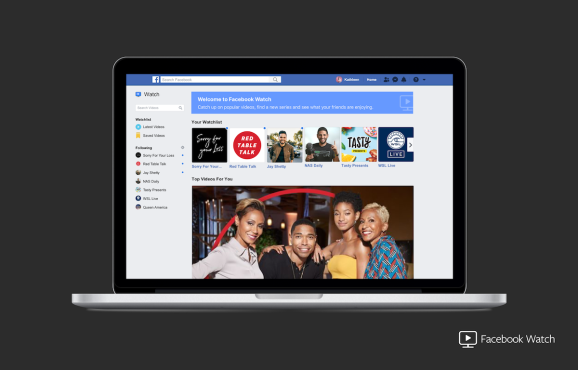 After dipping its toes into original programming for more than a year, Facebook launched its Netflix and YouTube competitor, Facebook Watch, globally this summer. Now, Facebook is saying for the first time since August how many people are tuning in.

In a blog post published today and attributed to Facebook’s head of video Fidji Simo, the company said that more than 400 million users monthly and 75 million users daily spend time on Facebook Watch (that’s just counting people who spend at least a minute watching). Of the 75 million people who tune in daily, they spend more than 20 minutes on average in Facebook Watch.

YouTube has more than 1.8 billion users each month, so Facebook Watch isn’t quite a YouTube killer yet. Facebook Watch did land some big names for its original programming; Jada Pinkett Smith hosts a talk show on Facebook Watch, and Catherine Zeta-Jones headlines a scripted show called Queen America. But as CNBC reported last month, Facebook Watch is struggling to rope in younger viewers, and the company is asking some publishers to tailor content toward more users 30 and older. Facebook did recently strike a partnership with MTV to release a new season of The Real World, so that might draw in younger viewers.

In 2019, Facebook also said that it will be giving more advertisers the capability to insert advertisements into their own videos, and will test ad breaks in other formats, like in livestreams from gamers. The company also wants to create a more unified home for all of its video offerings, such as those found in Watch, in News Feed, or on individual pages.

Update, 12/14: Facebook told Axios that the one minute metric Facebook uses to count viewers comes from one minute of cumulative viewing over the course of a month or day, not consecutively. That will likely add more fuel to the fire of Facebook Watch skeptics.