Originally promised back in June, a new Apple TV feature called Zero Sign-On has finally gone live with its first cable company partner — Charter Spectrum — just in time to meet Apple’s “this year” deadline. But part of the promised functionality is missing, and will most likely be delayed until 2019.

During its annual Worldwide Developers Conference on June 4, Apple announced that tvOS 12 would include Zero Sign-On, a setting designed to dramatically simplify the app setup process for cable subscribers. Described as the next logical step after single sign-in, which unified multiple “TV channel” apps with the same login credentials, Zero Sign-On lets a cable subscriber simply hit a “continue” button to confirm that the Apple TV is using the provider’s network. Supported channel apps can then receive authorization without any additional effort on the user’s part.

tvOS was recently updated to version 12.1.1, and — as discovered by Gadget Whore — Apple TVs with Spectrum service now display the option to “sign in automatically” to the Spectrum TV service. The feature notably works even if you’re only a Spectrum internet customer and have no cable TV service through the company. 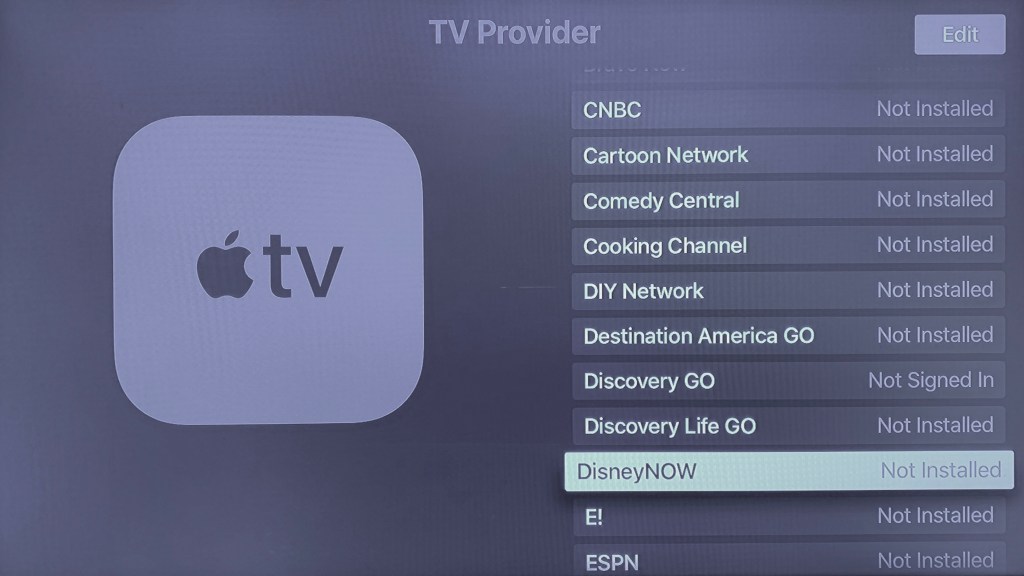 In its current implementation, Zero Sign-On appears in Settings > Accounts > TV Provider and, after confirming a Spectrum subscription, provides a gigantic list of supported apps that are either listed as Not Installed, Not Signed In, or allowed for access. Loading a supported app from the Apple TV’s Home screen or tapping on Not Signed In within Settings automatically signs you into an app, while tapping on a Not Installed app instantly brings you to the download page for the channel.

That’s most of what Zero Sign-On was supposed to do, but Charter Spectrum planned to go further, promising a TV app of its own to aggregate a user’s channels and content. As discovered by AppleInsider, Charter this week changed the app’s release date from “later this year” to “coming soon,” likely signaling that it wouldn’t become available in 2018 as expected. Whether the Spectrum app actually brings much more to the table remains to be seen, but it could provide access to a larger on-demand video library and/or pay-per-view features.

Regardless of what happens with Charter’s app, Zero Sign-On represents an intriguing step forward for simplified, network-based app authentication. Rather than the classic friction of forcing users to maintain separate accounts for each channel, or the more recent requirement that users supply a cable provider authentication code to link channel apps to a device, the Apple TV simply checks the current network to see who’s providing service. If the device isn’t on Spectrum broadband, a manual log-in option to confirm subscription status is provided.

Other cable providers will need to individually add support for the Zero Sign-On feature. Based on Apple’s track record, further announcements are likely to come either at SXSW in March 2019 or WWDC in June.