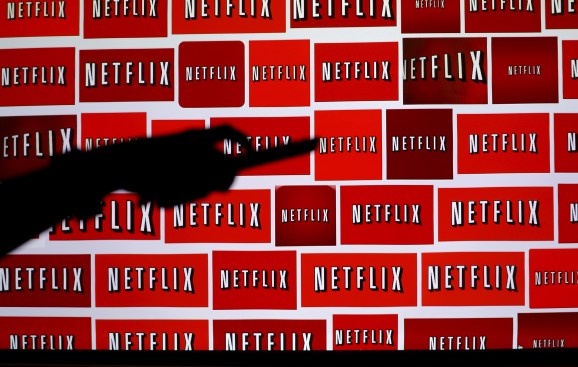 The Netflix logo is shown in this illustration photograph in Encinitas, California October 14, 2014.

Netflix is a juggernaut. Netflix is a disaster. Up or down, the streaming service dominated conversations about the future of entertainment in 2018 as rivals tried to match it and Hollywood agonized about its impact on content.

Like that of many tech giants, Netflix’s stock went on a roller coaster ride, starting the year at $209.99 per share, soaring over the summer to $411, then plunging to $255.57 yesterday. Investors couldn’t make up their minds whether the company had become totally dominant or its massive spending on content meant that its business model was (wait for the obvious … ) a house of cards.

Whichever turns out to be right, the company’s influence can be seen everywhere.

Netflix reportedly spent $8 billion on original content in 2018, making it one of the largest producers in the world, with an overall content budget estimated to reach up to $13 billion.

In the third quarter, the company reported 137 million subscribers globally. What’s more, its streaming service is available in almost every country, meaning that when a Netflix original show premieres it can immediately target an audience almost no other service can reach.

That has left tech and entertainment companies scrambling to catch up.

Netflix is seen as a motivation for the merger between Disney and Fox, which will have a combined estimated content budget of $22 billion. Disney is slated to launch its own streaming service in 2019, where it will feature its Marvel and Star Wars content as they disappear from Netflix.

And, of course, Apple is now betting big on original content in anticipation of its own possible streaming service.

But matching Netflix, no matter the content library, will continue to be a challenge, as Amazon has learned. Despite having some buzzworthy shows, Amazon video continues to offer a weak selection and frustrating user interface that make it unappealing.

Netflix retains a huge advantage in terms of both design across platforms and the data it has gathered from all those hours of viewing, which it uses to design new content and recommend more videos.

All this makes 2019 an intriguing year as the industry watches to see whether any of these efforts makes a dent in Netflix’s growth — and whether Netflix can keep up the pace to justify its debt spending on content.

For viewers, the year promises an embarrassment of choices. Whether that proves to be a good thing economically or creatively remains to be seen.