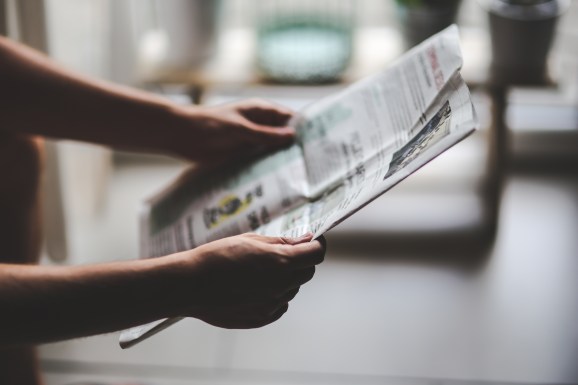 Dyslexia — a language-based learning disability that includes poor word reading, word decoding, oral reading fluency, and spelling — is fairly common. Some surveys estimate that one in 10 people, or about 40 million people in the U.S. and 700 million children and adults worldwide, have dyslexia. And according to the Dyslexia Center of Utah, 70 to 80 percent of people with poor reading skills are likely dyslexic.

It’s hardly a death sentence, but if left untreated, dyslexia can severely impede tasks like organization, planning and prioritizing, and timekeeping. And unfortunately, there’s no single test to diagnose it.

Artificial intelligence (AI) might someday lend a helping hand. Researchers at the Israel Institute of Technology’s Laboratory of Clinical Neurophysiology and the University of Haifa’s Department of Computer Science claim to have developed an AI model that can automatically — without human intervention and with state-of-the-art precision — identify dyslexic readers.

They describe their work in a preprint paper (“Features and Machine Learning for Correlating and Classifying between Brain Areas and Dyslexia“) published on Arxiv.org this week.

“We develop a method that is based on processing gathered … signals,” they wrote, “and the use of machine learning technique for multivariate analysis … that we apply in order to analyze the differences between dyslexic and skilled readers.”

As the researchers explain, previous studies of dyslexia have indicated that key neuropsychological factors, such as timing and the level of activation between the visual and auditory brain systems, affect word decoding accuracy. (Chief among those systems are the posterior lobes, which are responsible for perception; the frontal lobe, which is concerned with behavior, learning, personality, and voluntary movement; Wernicke’s area, the left-side region of the brain that’s responsible for speech comprehension; and Broca’s area, which is linked to speech production.) One theory — the asynchrony theory — suggests that a gap in processing speed between brain areas during the word decoding process might prevent the synchronization of information, resulting in inaccurate processing.

To collect data for their proposed AI-driven dyslexia classification system, the team recruited 32 native Hebrew-speaking kids in grades 6-7 from two schools. Seventeen members of the group had a previous diagnosis of dyslexia. Over the course of 24 trials, they were asked to perform a lexical decision task (LDT), during which they had to judge whether 192 letter strings on a screen were meaningful or meaningless. As the subjects submitted their answers, electrodes placed on their scalps continuously recorded electroencephalographs (EEG) — i.e., measurements of electrical activity in the brain — and eye movements.

After a preprocessing step that removed blinking, loosed electrodes, and other artifacts in the data, the researchers calculated a signal — an event-related potential, or ERP — by averaging the remaining trials. In the course of extracting features (i.e., properties) from the ERPs, they divided them into several segments.

The researchers’ algorithm of choice was ReliefF — a model that “assigns relevance to features based on their ability to disambiguate similar samples,” they explain. Novelly, its architecture enabled them to identify regions of interest in the brain that had a disproportionate influence on classification.

After feeding ReliefF their dataset — which comprised, in the end, 27 handpicked features from each of the 64 electrodes — they evaluated the results. Trained on the best 60 features, the machine learning model managed to discriminate non-dyslexic test subjects from dyslexic subjects close to 80 percent of the time. And trained on only 10 features, it classified dyslexics about 70 percent of the time.

Intriguingly, the paper’s authors found that a particular portion of the brain — the left anterior — was of higher importance in overall classification. From this, they theorize that most of the differences between the dyslexic and “regular” readers are located in the left hemisphere.

“[T]he main results that were established in this paper are … using machine learning tools, a small number of features suggested by signal analysis techniques are sufficient to accurately classify dyslexic/skilled readers from EEG data summed up to an ERP signal … [O]ur methodology allowed us to go back and find the most important brain areas for the task, [and the] results in fact do correspond with current theories regarding the role of the left hemisphere ” they wrote. “Most of the information needed for the discrimination is … concentrated in parts of the signal that is traditionally considered as noise by traditional analysis techniques … [but we found that it] actually contains valuable info.