The cable TV industry — represented by the Internet and Television Association (NCTA), CableLabs, and Cable Europe — has introduced the industry’s plans to adopt 10G, or 10-gigabit-per-second data networks, as a way to compete with the onset of 5G wireless networks.

Competition is spurring the cable companies to ramp up from today’s 1-gigabit-per-second cable modems to 10 gigabits per second and beyond in the coming years. Hopefully, this will mean that we’ll all be able to jack into The Matrix soon.

To support the rollout, Intel will deliver 10-gigabit-ready technology from the network infrastructure to home gateways.

Lab trials are already underway, and field trials are beginning in 2020.

“With groundbreaking, scalable capacity and speeds, the 10G platform is the wired network of the future that will power the digital experiences and imaginations of consumers for years to come,” said Michael Powell, president of the NCTA, in a statement. “As an industry, we are dedicated to delivering an exceptional national infrastructure that will power digital advancement and propel our innovation economy into the future.”

10G is already in motion

Above: CableLabs is trying to fend off 5G.

The foundation of 10G is already proven, with cable networks offering 1-gigabit service today across 80 percent of the U.S., up from just 5 percent in 2016. Similar gigabit services are available from cable operators across the world. Ultimately, 10G will deliver symmetrical speeds that are up to 10 times faster than today’s fastest networks.

Built using a capital-efficient approach and leveraging the expansive cable networks already deployed throughout much of North America, Europe, and Asia, the 10G network will seamlessly support a wide variety of immersive digital services and applications, the cable companies said.

On the path to accomplishing 10G, internet providers will continue to upgrade their networks with a combination of technologies that currently exist, alongside the ongoing advancements of new hardware, software, and techniques that are being developed and tested by technologists and vendors.

Above: A video wall of the future.

10G’s promise of faster speeds, more capacity, lower latency, and greater security will enable and help fully realize a wide variety of new services and applications that will change the way millions of consumers, educators, businesses, and innovators interact with the world.

“CableLabs creates the technology that supports the deployment of high-capacity broadband networks and gigabit services at scale for the industry,” said CableLabs president and CEO Phil McKinney in a statement. “With the 10G platform, CableLabs will help ensure the broadband infrastructure will be in place globally, with the capacity and performance needed in the future to fuel new innovations and emerging technologies that will transform and enhance the way we live.”

The 10G platform promises improved security, seamless connectivity, reliability, increased capacity, and, as the name would imply, up to 10-gigabit-per-second speeds, the companies said.

The group will talk about the 10G platform at CES 2019 in a talk called “The Future of the Broadband Network” at The Four Seasons on Wednesday, January 9 at 9 a.m., Pacific.

The NCTA represents content creators and programming networks. CableLabs is the research lab for the cable industry, and Cable Europe is the trade association for cable TV operators in Europe. 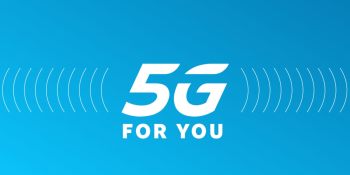