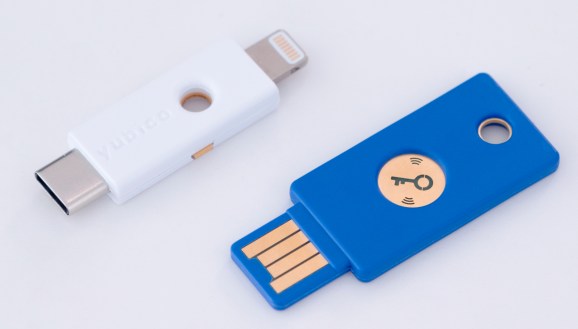 Demoing at CES 2019 in Las Vegas, the Swedish company formally unveiled YubiKey for Lightning in private preview — its first product that can physically connect to an iPhone or iPad without an adapter.

By way of a quick recap, Yubico develops a range of portable authentication devices that promise enhanced security for myriad online accounts, including social networks and password management services. Ultimately, it’s all about minimizing the need to use passwords or follow traditional two-factor authentication (2FA) processes that involve 4-digit codes sent by SMS.

On desktop, you can insert a little USB key into your Mac or Windows machine, and whenever you try to access an online account that requires 2FA, you just tap a button on the key. Similarly, you can plug one of the keys into an Android phone or use NFC to authenticate a session on mobile.

In May of last year, Yubico opened up support for iOS devices by launching a new mobile software development kit (SDK) for developers — this was only possible on some devices from iOS 11 onwards — that enabled NFC support for iOS app developers for the first time.

In August, Yubico extended its mobile SDK for iOS to support Apple’s proprietary Lightning ports, at which point the company invited developers to join its Yubico Lightning Project to “broaden authentication options” for iOS apps.

With an NFC connection, Yubico’s main security selling point is OTP (one-time password) authentication, due to iOS restrictions. But with a Lightning connection, Yubico can offer support for FIDO Universal Second Factor (U2F), a protocol initially codeveloped by Yubico and Google, which offers more benefits, such as increased protection against phishing attacks.

It’s also worth noting here that the YubiKey for Lightning offers both a USB-C and a Lightning connector, which opens this up to those invested in Apple products — Macs, iPhones, and iPads. 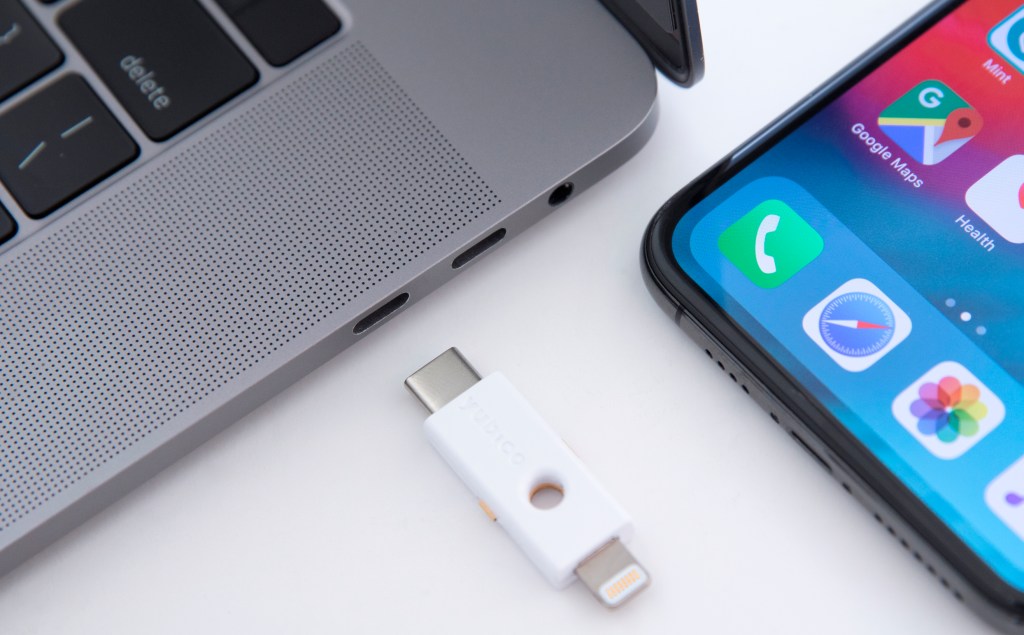 Above: YubiKey for Lightning

Yubico has long offered a range of security keys constituting various form factors and price points. Its most affordable option has been the $20 Security Key by Yubico, which focuses on FIDO2 and U2F authentication and which only offers a USB-A connection.

As its name suggests, the new Security Key NFC adds wire-free connectivity to the mix, meaning you can use it with compatible mobile devices simply by tapping them together. 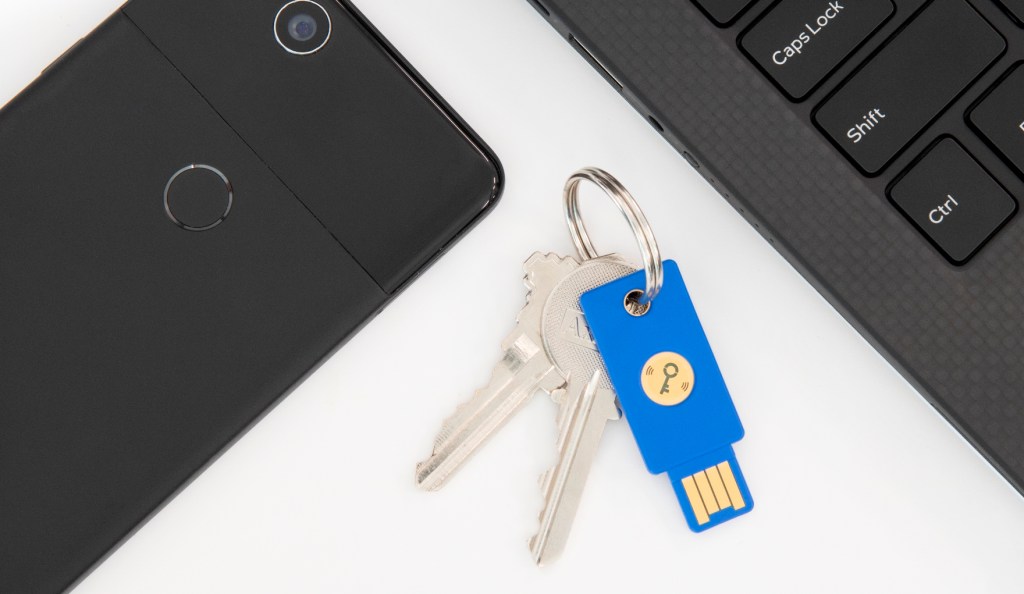 At $27, the Security Key NFC is a little more expensive than its predecessor, but that extra $7 does make it significantly more useful across your devices.

“Yubico’s goal is to make strong, simple authentication truly ubiquitous across all services, devices, and operating systems,” said Yubico CEO and founder Stina Ehrensvard. “These two products deliver on our mission to enable a password-less future for all.”