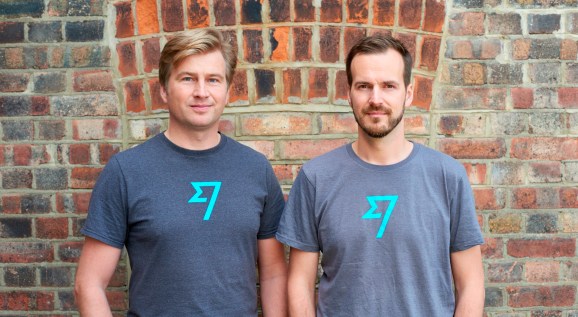 London-based fintech unicorn TransferWise has applied for a Belgian license in Brussels, as it looks to ensure a smooth transition in the event of a no-deal Brexit.

TransferWise, for the uninitiated, is a peer-to-peer platform that offers individuals and businesses an international money transfer service that bypasses banks to keep costs down. The company has raised north of $480 million in funding, the majority of which came via its $280 million series E round last November at a $1.6 billion valuation.

As the United Kingdom prepares to exit the European Union on March 29, 2019, uncertainty remains over the country’s future relationship with the bloc. British Prime Minister Theresa May is pushing to gain parliamentary support for her withdrawal agreement, which includes a transitional period that gives companies more time to prepare for the exit. However, the vote is widely expected to be vetoed next week — if this happens, it will likely lead to what is being termed a “no-deal” Brexit, which translates into the U.K. exiting the EU with no deals or transitional arrangements in place. In short, it will probably lead to chaos.

London is generally considered the financial center for Europe, and this extends into the startup realm. But with Brexit looming, financial service companies have been preparing for the worst-case scenario — around $800 billion in assets have reportedly been transferred out of the U.K. since the original Brexit referendum in 2016.

TransferWise is adamant that it isn’t abandoning the U.K., however. It maintains that its existing London headquarters, which is home to some 200 employees, will remain in place alongside its regional headquarters in New York and Singapore.  Moving forward, however, TransferWise will open a new office in the Belgian capital, Brussels — its tenth hub globally — to facilitate its application for a new license from The National Bank of Belgium.

“Brussels is at the heart of all EU affairs, so establishing an office in the city makes great sense for us,” noted TransferWise CEO and cofounder Kristo Käärmann. “A Belgian licence ensures we can continue to provide a great service globally to our customers, whatever happens with the Brexit deal.”

Today’s news comes hot on the heels of a report that suggests the London and U.K. startup scene is continuing to flourish despite the Brexit referendum result in 2016, though in reality Brexit hasn’t actually happened yet. Pitchbook data revealed that while London tech companies saw a 29 percent drop in VC funding last year, they still raised more than any other EU city in 2018.

It’s worth noting here that TransferWise doesn’t have a full banking license in the U.K.; it has what is known as an “e-money” license issued by the Financial Conduct Authority (FCA), which is aimed at payment institutions that don’t operate as full-fledged banks. It’s required for any company that offers payment services, and the U.K. license has hitherto served TransferWise for all its European business. The company has similar licenses in place covering the U.S., Canada, Singapore, Australia, and Japan, and that is what it is now chasing in Belgium.

“The National Bank of Belgium impressed us with its understanding of the payments sector and openness to innovation, while at the same time being a strong and trusted regulator,” Käärmann added. “We’re keen to build a similarly productive relationship with the NBB to the one we already have with the U.K.’s FCA.”

Founded in 2011, TransferWise recently announced that it grew its revenue by more than 75 percent during its last fiscal year, while also attaining profitability for the second year in succession. The company now claims 4 million users globally.