San Jose, California company Energous — the brainchild of Michael Leabman, an MIT graduate and former executive at TruePath Wireless — has made considerable progress toward its goal of ubiquitous power-at-a-distance charging in five years. It’s amassed more than 170 patents, partnered with Dialog Semiconductor to manufacture and sell its licensed chip designs, and assembled a crack team of engineers who’ve honed its WattUp transceivers for commercialization.

So naturally, Energous CEO Steve Rizzone had lots to discuss at CES 2019 in Las Vegas, where VentureBeat caught up with him for a brief chat. His main point: FCC-approved Energous devices are just weeks from shipping.

“[What’s] different at CES 2019 is that this is all this … technology is ready [to be] actively … integrated into customer products,” he said. “Products are going to start shipping to the consumer in the coming weeks.”

You’ve likely never heard of Energous’ early adopters — companies like IDT International Limited, Qubercomm, Delight, and The Gokhale Method. But their products are real and useful. Delight and SK Telesys designed sound-amplifying earbuds and a wireless charging case that tap Energous’ near-field ( i.e., within 10 centimeters) charging tech. Austar Hearing Science and Technology has a hearing aid that recharges wire-free. And posture specialist Gokhale is working on a spine tracker that swaps pogo pins for a WattUp chip, allowing up to five sensors to draw power through the air from a single charging pad. 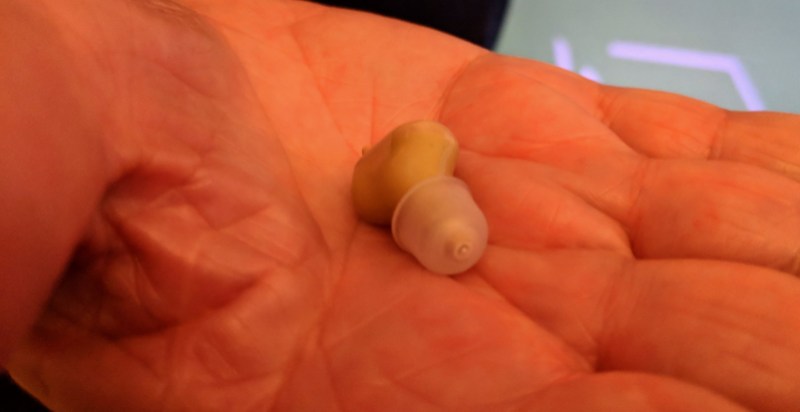 Many of the integrations — particularly those involving smaller devices, like hearing aids — wouldn’t have been possible with existing solutions, Rizzone says. One of the most popular wireless charging standards, Qi, achieves inductive transfer through magnetic coils embedded in both the device and charger. They have to be perfectly aligned and laid flat against each other. Otherwise, it’s no go.

WattUp needs no such coils — its transmitters sense and communicate with receiver devices via Bluetooth Low Energy, and send power when requested by said devices. As long as compatible gadgets are within range of a transmitter, they’ll charge — regardless of their orientation or position. Better still, there’s no limit to the number of devices that can charge simultaneously.

That versatility likely played a role in convincing T-Mobile parent company Deutsche Telekom, Qubercomm, and Vuzix to create concept products embedded with chips from Energous’ portfolio. Vuzix’s prototype Blade smart glasses have a charging case that supplies juice wirelessly. Qubercomm, for its part, showed off low-latency Locatum asset-tracking tags, up to 20 of which can be placed on a single charging pad.

Perhaps the most intriguing of the bunch, though, is Deutsche Telekom’s router. From the outside, there’s nothing to suggest it’s anything other than a stock gateway with a few built-in telephony features. But peel back the plastic housing and you’ll find an Energous mid-field transmitter onboard, which can charge things placed 8 to 12 inches from the router’s topmost point. 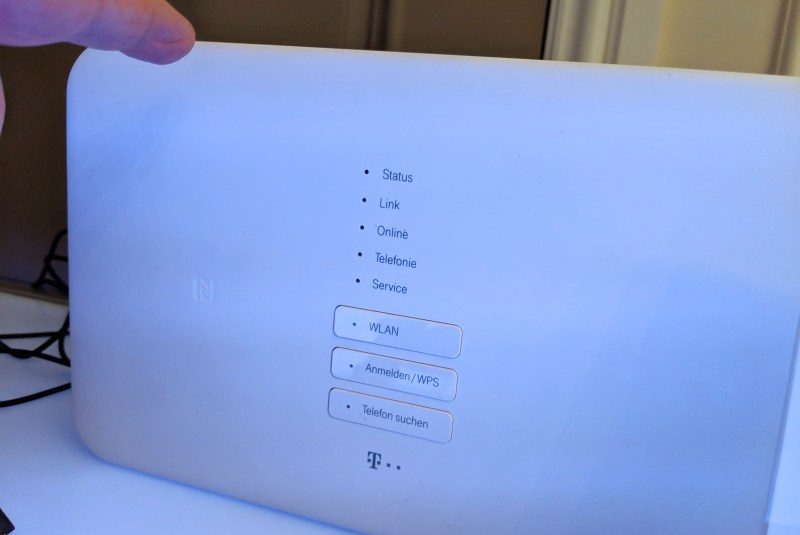 “What we’re seeing is that customers [are] adding more and more SKUs because they’re familiar with technology,” Rizzone said. “They’re comfortable [that it] works, and they’re happy.”

It helps, of course that Energous’ chips don’t contribute much to the overall bill of materials — just a few dollars, Rizzone said — and afford greater freedom in product design. For example, smartwatches that charge with pogo pins can’t be hermetically sealed. Relegating charging to a wireless radio solves that problem.

Internet of things devices stand to benefit too, Rizzone said — things like thermostats, security cameras, and wall-mounted alarms. With WattUp, they wouldn’t need to draw power from a battery or an eyesore of a cable — they’d get it from a router placed a few feet away.

Devices won’t charge quickly, though. Rizzone says that far-field charging (that is to say, at distances of 30 feet or more) is in the works, but that within the FCC’s mandated transmission limit, you’d see tens to hundreds of milliwatts at best — a fraction of a fraction of the 7 watts some smartphones are capable of drawing.

That said, Energous isn’t abandoning the idea of high-power transmission. This year, it plans to roll out a near-field chip that can deliver up to 20 watts. 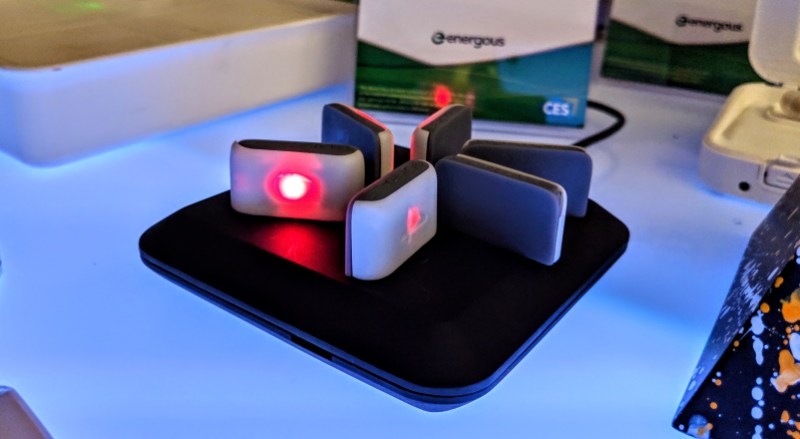 Energous’ forthcoming commercial lineup was a year in the making.

In April, it announced that Wireless Charging 2.0 — the latest generation of its platform, which can theoretically charge devices from up to 15 feet away — had received approval from the Federal Communications Commission (FCC) for short-range, near-field charging under the agency’s Part 15 rules. The news came months after U.S. regulators greenlit Energous’ mid-field charging transmitters, which can recharge compatible gadgets devices within a three-foot radius.

And in November, Energous launched the DA2223 receiver chip — at 1.7 x 1.4 x 0.5 millimeters, its smallest chip yet, a fraction of the size of a coin. It’s designed to couple with discrete components and small antennae, all of which together have a footprint small enough to fit in hearing aids, smartwatches, wireless speakers, and smartphones.

With the technological hurdles out of the way, Energous is turning its attention to the next roadblock: regulatory acceptance. While its WattUp near-field and mid-field chips have passed muster in the U.S., Europe, and over 100 other countries, South Korea’s Korea Communications Commission, China’s Certification and Accreditation Administration, and Japan’s Telecommunications Bureau have yet to give it the green light.

Of course, there’s competition. Ossia, which has raised more than $35 million to date, earlier this year teamed up with Walmart to pilot its wireless charging tech. And Powercast, a startup founded in 2003, has an at-a-distance wireless system that’s available in the form of a development kit.

But Rizzone firmly believes that Energous has them beat — because of its expanding partner ecosystem, the inroads it’s made with regulators, and the maturity of its technology.

“Let me make it clear that no wireless company is even our frame of reference,” Rizzone said.