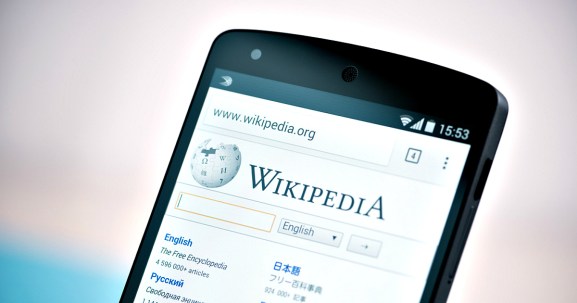 Google is expanding its support of Wikimedia, the parent company of Wikipedia, as the search giant chases the next billion users. At World Economic Forum today, Google committed to offer Wikipedia an additional $3.1 million, along with providing several of its machine learning tools to the editors of Wikipedia at no cost, the companies said.

As part of the announcement, the companies said they will be expanding Project Tiger, a joint initiative they launched in 2017 to increase the number of articles in underrepresented languages in India. They intend to provide editors with resources and insights to create new Wikipedia articles across 10 languages in India, Indonesia, Mexico, Nigeria, and the Middle East and North Africa (MENA) region. The initiative is being rebranded as GLOW, which is supposed to stand for Growing Local Language Content on Wikipedia.

Wikimedia said Google has also committed to provide access to Google Cloud Custom Search API, which would help editors with citation and finding sources, and Cloud Vision API at no cost. Cloud Vision API will enable editors to digitize public domain books in Indic languages to include more diverse and reputable sources for citations.

The announcement today comes two weeks after Wikimedia said it was working with Google to integrate Google Translate into its four-year-old content translation tool to help editors translate articles.

Wikipedia, which was visited over 190 billion times last year, offers its extensive database of articles in about 300 languages. This level of expertise is crucial to Google, which is searching for its next billion users in emerging markets. Most of this unconnected population does not speak the English language.

“As the next billion people come online, it’s critical that the content on the web reflect the diversity of its users. Currently, the web is lacking content in many local languages and thus restricts the information that people can access,” Ben Gomes, Google SVP of search, news, and assistant, said in a statement.

“By collaborating on programs to increase the availability of local language content and providing technology tools for Wikipedia editors, we aim to bridge this gap and empower local editors to serve their communities with relevant content in their native languages.”

In recent years, Google has grown more reliant on Wikipedia, snippets of which now appear at the bottom of controversial YouTube videos. To date, Google has contributed more than $7.5 million to Wikimedia.

In a statement, Lisa Gruwell, chief advancement officer at the Wikimedia Foundation, said, “Google and Wikimedia each play a unique role in an internet that works for and reflects the diversity of its users. We look forward to continuing our work with Google in close collaboration with our communities around the world.”