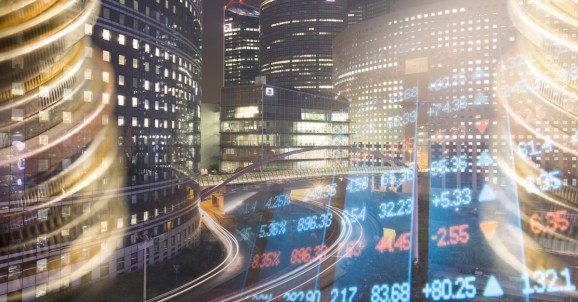 Banks are investing increasingly in automation, machine learning, and other labor-saving technologies, according to a report published today by Deloitte. The London firm’s 11th biennial global risk management survey, which was conducted between March 2018 and July 2018 and which involved 94 institutions around the world, gives a glimpse into executive decision-making in an industry facing formidable challenges, chief among them budget cuts, security breaches, and lower global trade volumes.

“Financial institutions face [difficulties] posed by today’s more complex and uncertain risk environment,” Edward Hida, a partner with Deloitte’s Risk and Financial Advisory division and the author of the report, said. “With … a big focus on effectiveness and efficiency as the torrent of regulatory change has slowed … this will require institutions to rethink their traditional assumptions and employ fundamentally new approaches.”

“These tools can reduce costs by automating manual tasks such as developing risk reports or reviewing transactions,” Hida said. “They can also automatically scan a wide variety of data in the internal and external environments to identify and respond to new risks, emerging threats, and bad actors … Digital technologies have the potential to fundamentally reengineer virtually every aspect of risk management. Financial institutions are now at the early stages of this transformation of their risk management functions.”

As for what’s keeping executives up at night, 67 percent named cybersecurity — including attacks and loss of sensitive data — as one of the three risks that would increase the most in importance over the next two years. Despite that, though, half said they felt their institutions were “extremely effective” or “very effective” in managing the risk.

Deloitte’s report comes days after Gartner’s 2019 CIO Survey of more than 3,000 executives in 89 countries, which found that AI implementation grew 270 percent in the past four years, hitting 37 percent deployment in the past year alone. That’s up from 10 percent deployment in 2015, which isn’t too surprising considering that by some estimates, the enterprise AI market will be worth $6.14 billion by 2022.

According to the McKinsey Global Institute, labor market shifts will result in a 1.2 percent increase in gross domestic product growth (GDP) for the next 10 years and help capture an additional 20 to 25 percent in net economic benefits — $13 trillion globally — in the next 12 years.