The “move fast and break things” mantra embodied by Facebook’s rise to world dominance is one many startups try to adopt.

The general idea is this: Develop your product quickly, get it out there, and keep on iterating. It’s about taking risks rather than playing it safe, and learning from mistakes after they are made.

While the move-fast ethos has garnered its share of successes, startups should not be encouraged to push shoddy products into the world — imperfect products, yes, but not shoddy. And as companies get bigger, failing quickly doesn’t always work quite so well, which is why Facebook tweaked its famous slogan back in 2014 to the less-punchy: “Move fast with stable infra.”

“We used to have this mantra, ‘Move fast and break things’,” Facebook CEO Mark Zuckerberg said at the time. “We were willing to tolerate a few bugs to [move fast]. But having to slow down and fix things was slowing us down. ‘Move fast with stable infra[structure]’ isn’t as catchy, but it helps us build better for the people we serve.”

In short, Facebook pivoted its founding principle from “Let’s just get it out there and worry about the bugs later,” to “Millions of people depend on our service, we need to get this right the first time.”

But how can smaller companies be sure they get things right the first time? That’s where a new startup called Obo hopes to help.

The San Mateo, California-based startup launched out of stealth this week with $8.2 million in funding from Wildcat Venture Partners and TDF Ventures. Obo pitches its platform as a “product decision system” built with the move-fast motto in mind.

Obo operates on a software-as-a-service (SaaS) model to open product development plans so everyone in an organization can collaborate, from the top brass to product managers, engineers, and customer support teams. For example, the platform can be used to validate assumptions via market research. 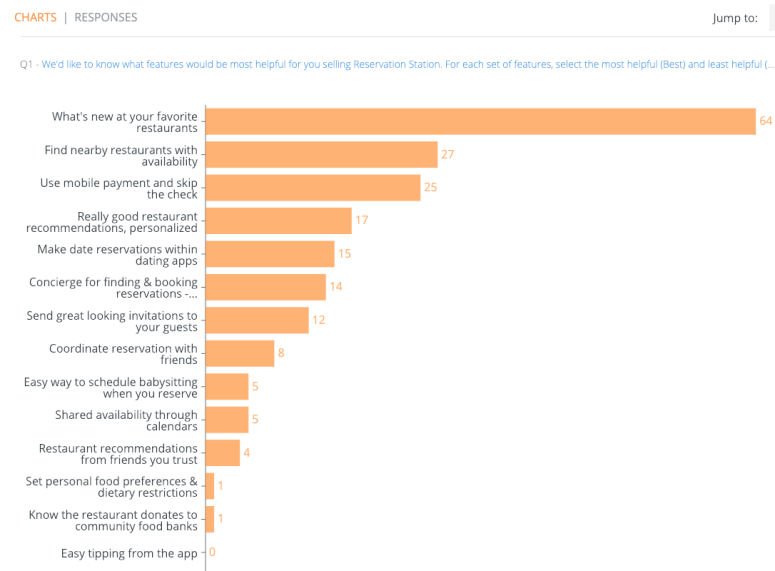 It can also be used to model multiple “What if?” product release scenarios, prioritize features, and keep track of product decisions. 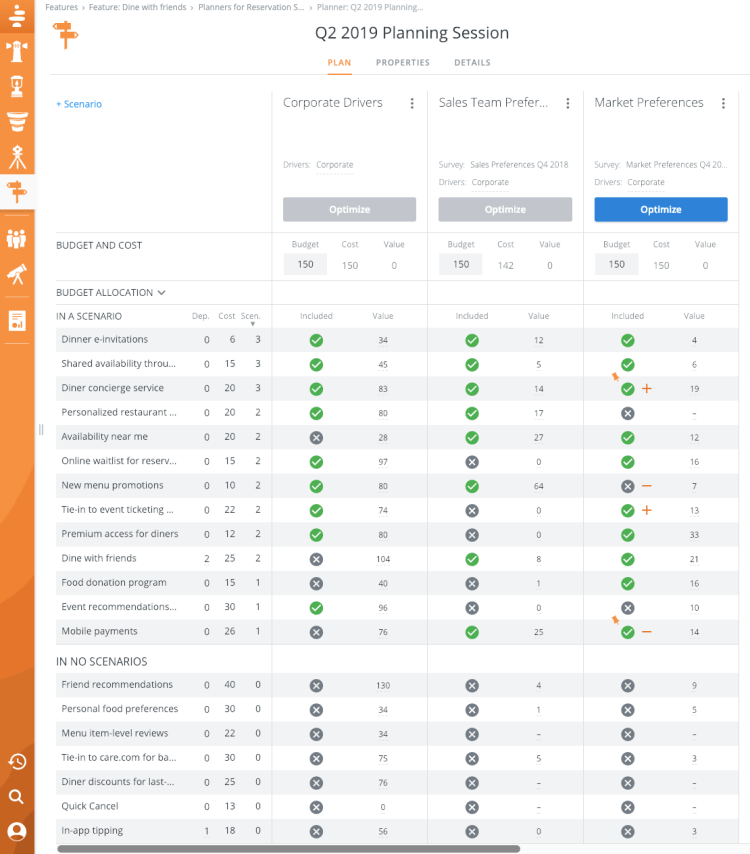 Above: Obo: “What if?” scenarios

At its core, Obo wants to synergize all the factors that influence successful product development: processes, business objectives, market research data, and more. And it claims it can help companies arrive at a better product plan in less than an hour.

Obo was cofounded by CEO Pete Sinclair, who is also a founding partner at Silicon Valley venture capital (VC) firm Leapfrog Ventures, in addition to serving as CEO at various software companies through the years. Also among the founders is chair Bruce Cleveland, a founding partner at Obo’s inaugural co-lead investor Wildcat Venture Partners, which launched in 2016, and Steve Mankoff, a general partner at Obo’s other investor, TDF Ventures.

The broader founding team includes people who have previously plied their trade at Apple, IBM, SAP, Salesforce, Oracle, and Adobe. This collective experience lies at the heart of Obo’s proposition.

“From Obo’s engineering team to its executive staff, experience in building successful products runs deep,” Cleveland said. “With our extensive product and engineering backgrounds, Steve Mankoff and I saw firsthand the clear need in the market for a system that brings deep analytic capabilities to the product decision-making process. We invested in Obo to meet this need with a system that has the compute power and intelligence to use all relevant data available to businesses when making decisions.”

A key part of any product development cycle is deciding not just how to implement a feature, but which features to pursue. Making the right decisions isn’t easy, which may explain why most new products ultimately fail. Of the estimated 30,000 new consumer products that launch each year, as many as 95 percent don’t make it, according to Harvard Business School (HBS) professor Clayton Christensen.

Many “big data” startups have emerged to help companies make smarter decisions, and other platforms have arrived on the scene to help product development teams create the best front-end experience for the user through prototyping. Fitting into that landscape are platforms designed to guide the full gamut of product decisions — starting from the conceptual phase.