Bluetooth is already a key feature in billions of connected devices, serving as a wire-free way of transferring data over short distances. It is what has enabled smartphone makers to ditch their headphones jacks, while multi-million dollar companies have sprung up with novel businesses that leverage the technology — for example, companies that sell little Bluetooth trackers to help you find lost items.

Today, the Bluetooth Special Interest Group (SIG), a nonprofit organization that has overseen the development of Bluetooth standards since 1998, revealed more details about one particularly interesting new feature that is arriving in the next iteration of Bluetooth.

With Bluetooth 5.1, which is available for developers today, companies will be able to integrate new “direction finding” features into their Bluetooth-enabled products. As things stand, Bluetooth can be used for proximity-based services, as is the case with object trackers — so long as you’re within range, you can find your item by activating a little alarm sound and then following your ears. While Bluetooth is often used as part of other location-based services, including BLE beacons in indoor positioning systems (IPS), it wasn’t really built to provide exact locations, like GPS does. The technology has been more about establishing that two Bluetooth devices are in a close proximity and figuring out roughly how far apart they are from each other.

But with direction finding thrown into the mix, a smartphone, for example, could pinpoint exactly where another Bluetooth 5.1-enabled object is down to the centimeter, rather than to within a few meters.

This is a potential game-changer for how location services are delivered by hardware and software developers. Beyond consumer object trackers, it could be used in numerous industrial situations, for example to help companies locate specific items on shelves. 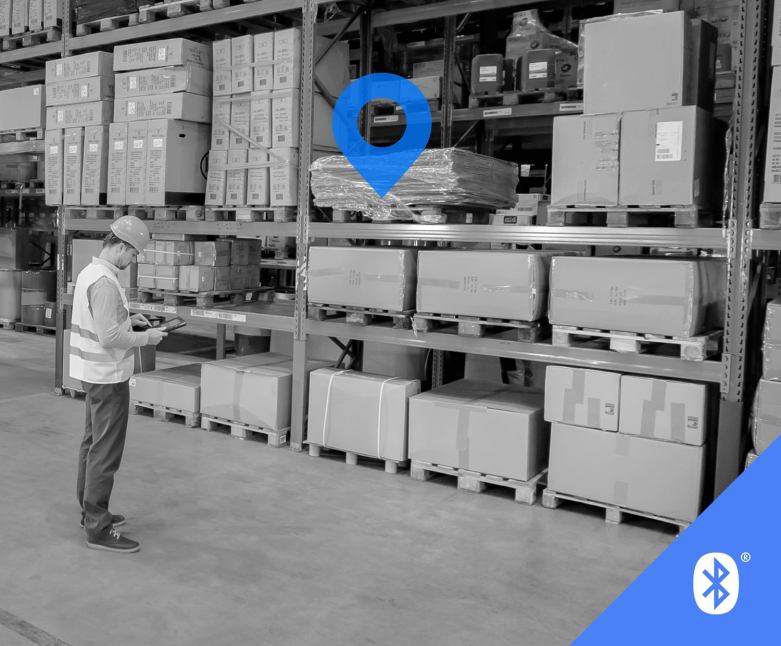 Above: Bluetooth: How directing finding could help asset-tracking

“Location services is one of the fastest-growing solution areas for Bluetooth technology and is forecasted to reach over 400 million products per year by 2022,” said Bluetooth SIG executive director Mark Powell in a press release. “This is great traction, and the Bluetooth community continues to seek ways to further grow this market with technology enhancements that better address market needs, demonstrating the community’s commitment to driving innovation and enriching the technology experience of users worldwide.”

With the advent of Bluetooth 5.0 back in 2016, a number of improvements were ushered in, including faster data transfers and a longer range. Additionally, the upgrade meant that wireless headphones could now communicate over the more power-conservative Bluetooth Low Energy, which translates into longer battery life. With Bluetooth 5.1 arriving on the scene, we could soon see improved indoor navigation, allowing people to more easily find their way around supermarkets, airports, museums, and even cities.