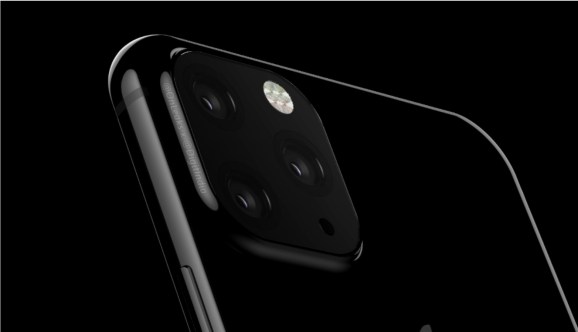 While it’s hardly surprising that Apple is planning sequels to the iPhone XR, iPhone XS, and iPhone XS Max, the specifics of their new features are still the stuff of rumors and speculation. A new Bloomberg report claims, however, that major iPhone camera improvements are in the works for 2019 and 2020, with an iterative bump planned for this year’s models ahead of a more significant improvement next year.

According to the report, Apple will introduce a 2019 iPhone with a triple-lens camera, adding an ultra-wide-angle lens that will expand the device’s zoom range. Initially exclusive to the iPhone XS Max’s sequel, the new camera system will also apparently be able to draw upon data from more than one sensor at once, using one sensor’s pixels to automatically add detail to another sensor’s shot, and expand the length of Live Photos from three to six seconds.

Additionally, Apple is said to be working on a new laser-powered 3D camera for the back of a 2020 iPhone, capable of scanning within a 15-foot range from the device to reconstruct the real world — a major jump over Apple’s current front-facing TrueDepth cameras, which have a 25-50 centimeter range. The new laser 3D camera will apparently assist with augmented reality, enabling more accurate placement of virtual objects and greater depth perception, as well as taking superior 3D photos.

Bloomberg says that the new laser 3D camera was originally intended for its high-end 2019 phones, but was delayed into 2020, and could appear first on a spring 2020 update to the iPad Pro. The report suggests that Apple may change the cadence of its iPad Pro releases, moving them earlier in the year to enable new features to debut on its tablets first, before its phones.

In addition to the camera updates, the report confirms that Apple will update its entry-level iPad and iPad mini as early as this spring, noting that the company will likely continue to use its proprietary Lightning port rather than USB-C. The distinction would signal that while basic iPads will only use past Lightning accessories such as the original Apple Pencil and prior charging cables, iPad Pros will benefit from newer charging and connectivity technologies.

It remains to be seen whether Apple will move 2019’s iPhones from Lightning to USB-C. The report confirms earlier suggestions that Apple is considering the transition, but stops short of predicting that it will happen this year. Instead, this year’s models will largely preserve last year’s designs, but include faster processors and improved Face ID sensors. They are expected to ship with iOS 13, which is said to include a new dark mode, a redesigned iPad home screen, and the ability to run multiple instances of a single app.