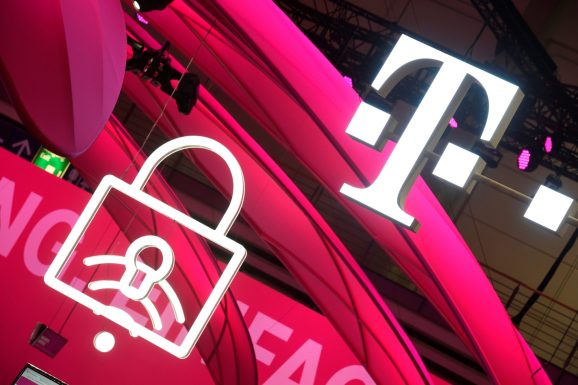 (Reuters) — Deutsche Telekom proposed a series of measures on Wednesday to ensure that future 5G mobile networks are safe, as debate neared a climax on whether to bar Chinese vendors from Germany on national security grounds.

The move by Europe’s largest telecoms firm came as the government held a first high-level meeting on whether to shut out Chinese suppliers led by Huawei following U.S. warnings that their equipment may contain ‘back doors’ open to cyber-espionage.

The United States has shut Chinese vendors out of government contracts on security grounds, against the backdrop of an escalating trade dispute with Beijing. Ally Australia has barred the Shenzhen-based company from its 5G rollout.

“Deutsche Telekom takes the global debate on the security of network equipment from Chinese providers very seriously,” the company said in a statement that spelled out three confidence-building measures.

The company, which is nearly one-third state owned, proposed that all critical infrastructure should be independently certified before deployment by an independent laboratory under state oversight.

It also called for network equipment makers to submit the source code that runs their equipment to a trusted third party. Under certain circumstances, an operator would be able to gain access to address any security vulnerabilities.

Further, it said legal obligations and liability for the security of critical infrastructure should be broadened to cover network vendors in addition to operators, as is the case now.

Huawei, which last November opened its own information security lab in Bonn to allow greater scrutiny of its kit, welcomed the Telekom proposals and said it already cooperated broadly with Germany’s BSI cybersecurity watchdog.

“It is up to policymakers, regulators and the industry to work out the details, but such an initiative makes a vital contribution to making the debate about 5G more fact based,” the Chinese company said in a statement.

While German officials also see no evidence of back doors, some are receptive to arguments that organizations and individuals are required, under China’s National Intelligence Law, to aid the state in intelligence work.

“There are some passages (in Chinese law) that worry us. That includes the obligation of Chinese companies to cooperate with intelligence services,” a foreign ministry spokesman told a government news conference earlier.

Huawei and its founder Ren Zhengfei have denied they would ever spy for China, and the company says that the law does not compel it to do so.

A top German former spy saw a risk, however, that in time of war a Chinese vendor could activate a so-called ‘kill switch’ capable of shutting down critical network infrastructure.

“If this module is shut down in a crisis, we would be absolutely unprepared and could not react,” Gerhard Schindler, former president of the Federal Intelligence Service (BND), told ARD public television.

Germany, a U.S. ally and NATO member, has a close trading relationship with China, and officials were initially less sympathetic to U.S. arguments on the Chinese cyber risks than the English-speaking ‘Five Eyes’ nations that share intelligence extensively.

Yet after months of debate, senior officials in Chancellor Angela Merkel’s administration say a consensus is forming around the idea of tweaking the country’s telecoms legislation to exclude Chinese vendors from building 5G networks for reasons of governance.

The operators, which last week applied to take part in a multi-billion-euro auction of 5G spectrum to be held in March, are pushing back hard against the political case for excluding Chinese vendors.

Deutsche Telekom has given the starkest warning, saying that if Huawei is not only barred from future work, but its kit must also be ripped out of existing 4G networks, 5G could be delayed by years.

That would leave Germany lagging its competitors in deploying applications such as ‘connected’ factories in which robots and sensors could communicate directly with each other across campus networks.

Virtual operator 1&1 Drillisch, a unit of United Internet, has applied to take part in the 5G auction and is talking to vendors including China’s ZTE about building and running its network should it bag spectrum in the forthcoming licensing round, sources say.