The home insurance industry was already worth $104 billion in 2018, according to some reports, but — as with other sectors — the insurance sphere is making a concerted effort to cut inefficiencies and optimize profits through automation.

Seeking to position itself at the forefront of this push is Cape Analytics, a San Francisco-based startup founded in 2014 that is combining computer vision with geospatial imagery to help insurance companies evaluate properties as part of the underwriting process.

Up until now, Cape Analytics specialized primarily in assessing single-family homes, and it has built a database of 70 million such properties across the U.S. But the company is now expanding its service to include other commercial residence types, such as multi-family properties — covering low-rise apartment buildings of up to four storeys, condominiums, and more. The new offering is pitched as “the world’s first reliable data stream of instant accurate commercial property information.”

At its core, Cape Analytics is all about saving insurance companies from having to send someone out to physically inspect a property, which is resource-intensive and may be hazardous if it involves climbing on roofs or other structures. Instead, Cape Analytics can detect, for example, if changes have been made to a property since a previous valuation, with visual updates pushed out to the platform at regular intervals through the year.

The company partners with third parties — such as Nearmap, which provides high-resolution aerial imagery — and then extracts structured data from the visuals, including the type of roof construction (gable, hipped roof, etc), its condition, whether it has solar panels, the size of the property, and whether the property has a pool or any trees overhanging the building. Such attributes are important to insurers because they not only indicate the current condition of the property, they are also predictive of future damage. According to Cape Analytics, 40 percent of insurance claims are related to the roof, making it of particular importance.

And the company is looking to bring additional smarts to the platform in the future. “We are working on developing more attributes that are specific to commercial style buildings, and [we] will continue to announce them as they become available,” a spokesperson told VentureBeat.

While Cape Analytics is aimed at the behind-the-scenes aspect of insurance underwriting, numerous other startups are focused on bringing AI-infused goodness to the consumer claims side.

New York-based Lemonade has raised a huge tranche of investor money — around $180 million — for its automated insurance service. The company targets homeowners and renters, and it strives to differentiate itself by being mobile-first, providing customers with chatbot assistance, and cutting bureaucracy to speed up the application process. 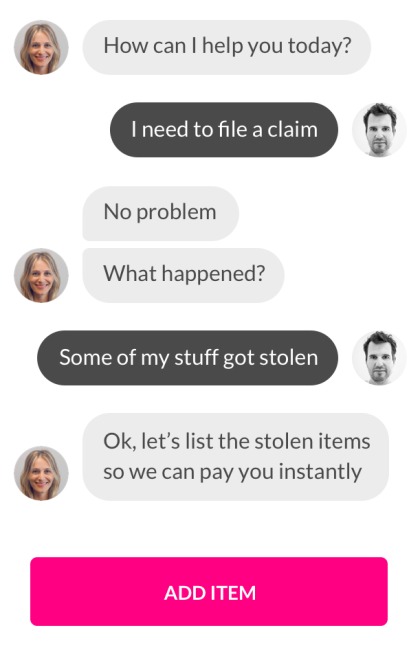 Additionally, San Francisco-based Hippo recently raised a chunky $70 million for its data-driven home insurance platform. In a nutshell, Hippo leverages data from multiple sources, including satellite imagery, municipal building records, and even smart home sensors, to simplify the signup process. When a new customer enters their address, for example, a form is populated with data gleaned from historical records.

Elsewhere in the insurtech realm, industrial companies have also started using drones to inspect their various properties from above — the likes of Kespry, Prenav, and Kittyhawk have all raised big rounds for software and hardware solutions that provide valuable data for insurance underwriting.

Cape Analytics, for its part, has raised north of $30 million since its inception, including a $17 million round last year, funding that is enabling it to expand the scope of its coverage to new property types. The company claims that one insurance carrier it has worked with managed to cut property inspection spend by more than 50 percent using its platform.

“Many of our existing customers also underwrite residential commercial lines and have pulled us forward by requesting a commercial solution,” said Cape Analytics CEO Ryan Kottenstette. “By expanding our coverage type, we continue to strengthen our overall intelligence platform and build our company with a customer and solution-driven development ethos.”