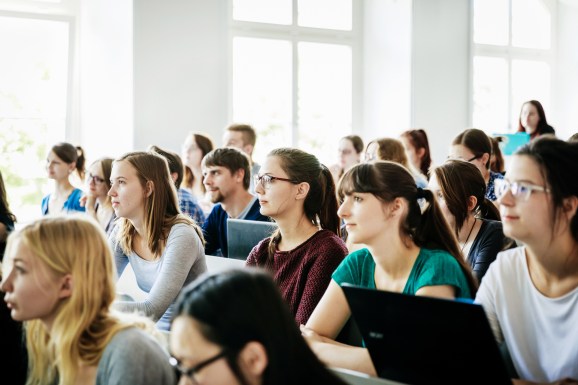 Students on traditional university tracks miss out on learning that comes by way of doing. Advancements in AI and automation have increased global demand for skilled, specialized workers, but recent graduates often lack the training and experience to fill those jobs.

For example, I have an Electrical Engineering PhD but can’t wire a house to save my life. This is largely my fault, I was a lousy engineering student (though decent at math), but my professors were nonetheless happy to move me along with good grades and scores.

This may sound anecdotal, but a serious problem has emerged across all professions, not just electrical engineering. According to one New York Times article, more than half the law professors at top-tier schools have never practiced law. In medicine, a professor of surgery recently voiced his concern that while his students excel academically, they don’t seem to know how to stitch or sew. For certain professions, teaching broad-strokes theory to students isn’t a solution for bridging an increasingly vast skills gap in the workforce.

Technology is one of the industries most affected by the disconnect between what workers learn in school and what they need to know to be effective in their jobs. A general lack of preparedness in graduating students is why so many IT, computer science, and engineering jobs still sit empty, and why employers are scrambling to find new ways to re-skill, up-skill, and hire-on employees to round out their businesses.

Unlike, say, the Industrial Revolution, when massive jobs retraining had to be done on-site, face-to-face, we now have an educational infrastructure (vocational coursework, apprenticeships, online schooling) to prepare workers for a new class of jobs, but it’s underused. Technology has welcomed us into what the World Economic Forum calls “The Fourth Industrial Revolution.” To prepare, we need to emphasize alternative skilling programs and we need to reimagine our current education system, whole-cloth. So what are the options?

On the employer side, requiring prospective workers to have a college degree (or even a high school diploma) isn’t always necessary. Bridging the gap is about matching the supply side of the labor market with the demand side. In August, The Wall Street Journal reported that since September 2016, unemployment rates in the United States for workers 25 years or older with less than a high school degree have dropped dramatically, from 8.5 percent to 5.5 percent. Not every job requires a degree, and given the amount of retraining companies are doing these days, it’s clear that whatever schooling the workforce has received isn’t altogether useful for businesses right now. The tech industry has caught on. Google, Apple, and IBM have all stated that they no longer require their employees to have a four-year degree.

In lieu of requiring four-year degrees, tech companies like IBM are asking that their employees have some on-the-job experience, whether that be at a coding camp or through an apprenticeship. Apprenticeships in particular have become a fashionable alternative to higher education in the tech and manufacturing industries. In his 2017 article The Myth of the Skills Gap, Andrew Weaver wrote, “Thinking about the real financial and institutional mechanisms necessary to make, say, apprenticeships work is far more productive than perennially sounding alarms about under-skilled workers.” Those mechanisms are already in place. In October of 2017, US Secretary of Labor, Alexander Acosta, announced a task force on apprenticeship expansion. According to the US Department of Labor, since January 2017, employers have hired over 409,000 apprentices across multiple industries, including (not surprisingly) advanced manufacturing, IT, telecommunications, finance and business.

In order to meet their hiring needs, companies are investing tremendous capital back into universities and colleges to improve technical training. Electronics and engineering giant Siemens has donated more than $2 billion dollars worth of software to schools in Virginia to help train undergraduates on manufacturing technology. While this course of action may produce some tangible results in closing the skills gap, it doesn’t make a lot of economic sense at scale. The Siemens investment more closely illustrates the desperation of certain employers to find qualified workers.

4. Build your own school

As the speed of automation and jobs displacement ramps up, businesses with foresight can mitigate their jobs loss by training workers early and on their own terms. French tech billionaire Xavier Niel, for example, invested $100 million of his own money to help build 42, a free coding school in Fremont, California, based on an “open education” model that promotes alternative learning. Similarly, Oracle broke ground in 2016 on Design Tech High School, the first charter school to be located on the campus of a technology company. The first course of action for the arriving freshman class was to design the school’s building.

Schools like Design Tech High represent a national effort to train American students to fill American jobs, which is necessary. But there is a wide network of programming boot camps, computer-science programs and technology schools outside the US — in countries like India and China — that provide valuable and relevant education and training at little or no cost to students. When money is no longer a barrier to education, the talent pool opens up incredibly. That talent pool is a vital resource in the global effort to close the skills gap. What’s more, by recruiting international, specialized workers, companies will have people on-staff with the knowledge to educate current and incoming employees on emerging technologies.

Students nowadays are missing the context in which to apply the knowledge they are gaining. By design, schools cannot turn out graduates who can hit the ground running as they start their careers. We need to adopt a new way of teaching if we’re ever going to close the skills gap that advancements in technology have brought about. The examples I’ve laid out are a good way forward, but again the real, targeted job growth will come only when there is a full-scale reimagining of the education system.

Sridhar Vembu is CEO of Zoho.