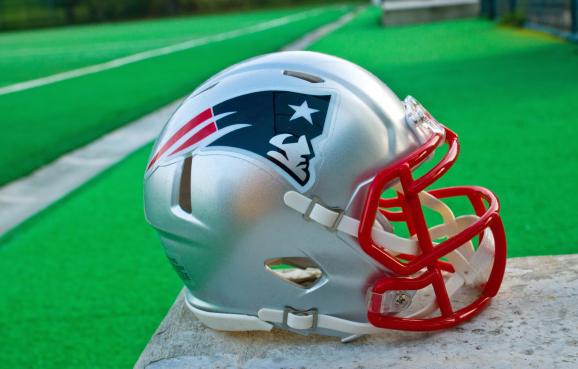 In the future, you can cheer for the Patriots or the non-Patriots team in VR!

The Super Bowl is a global entertainment spectacle like no other. It’s often where new techniques in broadcasting are debuted, so technologies like virtual and augmented reality seem perfectly suited to take our experiences of the game to the next level.

Imagine being able to have the same perspective as New England quarterback Tom Brady as he faces down defensive lineman Aaron Donald and the Los Angeles Rams’ pass rush, seeing what he sees in a full 360-degree view. From the couch, you and I could see that Patriots receiver Julian Edelman was open down the sideline, but watching in VR, you’d get a sense of the chaos exploding around him and understand why Brady checked it down to Gronk.

This is the dream. And we’ll get there … someday. But we’ve still got technical limitations to overcome, and along the way, there are many other amazing uses of AR and VR that can enhance a spectacle like the Super Bowl.

VR has had early success in the world of live events, with platforms like NBA + Intel True VR and NextVR. These technologies allow viewers to get a 360-degree VR view courtside or from midfield and provide a way for fans to virtually attend an event, even if they can’t can’t travel to see their favorite team or aren’t able to pay full price for a ticket. But the challenges with video resolution on today’s VR devices and high-bandwidth requirements for rich 360-degree content make this a nonstarter for broad consumption. Tech and sports enthusiasts might suffer through these limitations to watch a regular season game in a new way, but the Super Bowl is something different altogether.

The Super Bowl is more than a sporting event. It’s fully engaging and 100 percent social — even at a time when we put everything away except the TV, with our social media close at hand. The parties, the commercials, and the halftime shows have had us glued to the set for years. We watch the game with our friends and text/tweet about it in real-time, all focused on the main event. Last year, 62 million people worldwide joined the conversation on Facebook with over 270 million interactions, up from 2017’s 240 million.

Also, Twitter generated 2.1 billion impressions during the broadcast, per Kantar Media. These stats illustrate why the Super Bowl is the most coveted of all global media events; in 2018. The show generated $414 million in ad revenue. The Super Bowl has the power to draw viewers, capture attention, and draw in millions of fans who don’t even watch sports. Last year, Tide hijacked the advertising eyeballs and generated the most social mentions, totaling 164,000.

But we’re not ready yet

While the concept of watching the big game in AR and VR is to some, a holy grail for being fully immersed in the spectacle, the technology is still on the sidelines, and it will take time. CBS has already announced its plans to beef up its broadcast with AR elements, though it hasn’t exactly revealed what it would entail. That said, this the first step towards the Super Bowl reaching its full AR and VR potential.

For us to all be watching the Super Bowl in mixed reality, two things have to happen. First, we’re going to need 5G. I’m beyond excited for the potential 5G brings to AR and VR: lower latency and fatter pipes means less waiting and richer content. Second, we will need a multiplayer, social VR experience. Half of the fun of watching the Super Bowl is the sense of community when gathering with friends and family, which is why today’s isolating VR experiences will never be appropriate for Super Bowl watching.

Until these parts of the infrastructure mature, we’ll be standing at the proverbial 20-yard line for both AR and VR. The pieces are on the way toward coming together for the ultimate immersive Super Bowl experience, and we will get there eventually. Until then, there many amazing use cases leading up to and after the event that both will enhance, from training players (for example, Jeremy Bailenson’s work at Stanford) to marketing, advertising, sponsorship, and merchandising, to watching replays and highlights after the game. For example, during the 2019 Super Bowl Fan Experience Expo, the LA Rams will be taking their fans on a virtual reality tour of its new stadium.

Tony Parisi is Head of VR/AR ad Innovation at Unity Technologies, where he oversees the company’s strategy for virtual and augmented reality brand advertising and monetization.