Aetion, a four-year-old health care startup that aims to bridge the gap between providers, payers, and biopharmaceutical companies with a novel analytics solution, today announced that it has raised $27 million in an expanded series B round from biopharma and health services investors Sanofi, UCB, McKesson Ventures, and Horizon Health Services, in addition to existing investors NEA, Flare Capital, and Lakestar. It brings Aetion’s total capital raised to $77 million.

The infusion of fresh cash will be used to expand the reach of Aetion’s platform, CEO Carolyn Magill said, and advance the New York company’s goal of establishing standards for real-world evidence around the globe.

“The time for real-world evidence is now,” Magill, a Harvard and Wharton graduate and the former executive vice president of payer strategy and operations at Evolent Health, said. “We’re entering a new era in which nearly the entire health care ecosystem — from biopharma and regulators to payers and technology companies — recognizes the importance of using real-world evidence to reduce the time and cost to bring new therapies to market. This funding demonstrates that the industry’s leaders, who are using our technology to drive health care’s most critical decisions, view Aetion as a trusted partner vital to their long-term success.” 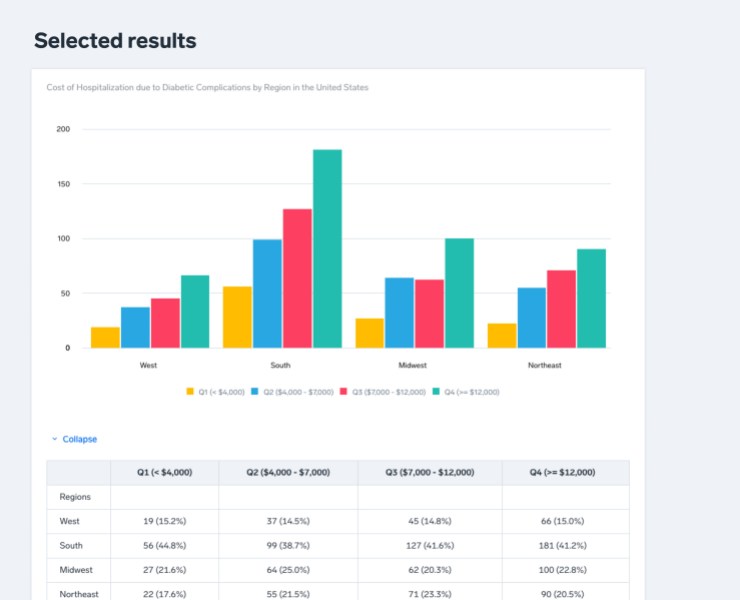 Aetion’s solution — which can be deployed in the cloud or on-premise — taps real-world data from claims, electronic health records, registries, and clinical trials and organizes it into longitudinal timelines. It next algorithmically evaluates the datasets to expose the relative value of treatments, cost management, and other insights, enabling companies to evaluate a drug’s safety issues or suss out subsets of the population most appropriate for a given study.

Through its evidence-based approach, Aetion seeks to inform therapy development and improve outcomes, and moreover to reduce costs and minimize hikes in plan premiums. It says its platform is used by eight of the top 15 global biopharma firms, leading payers, and academic institutions. The company even recently partnered with the U.S. Federal Food and Drug Administration on a three-year study to recreate 30 randomized clinical trials through real-world evidence.

“We are at an inflection point, in which the convergence of massive analytical advances and enormous amounts of new data are transforming what’s possible in health care,” Ameet Nathwani, M.D., chief medical officer at Sanofi, said. “Aetion is ideally positioned to lead this shift, given the power of its technology and extensive experience with biopharma leaders and the FDA.”