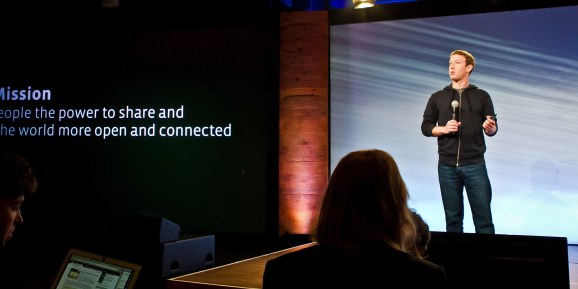 Facebook is more committed than ever to its mission of bringing more people online. The company today announced it has expanded its existing connectivity efforts and inked new partnerships to explore a range of options for reaching unconnected populations.

On the sidelines of the MWC Barcelona trade show event, Facebook said it has partnered with Telefonica, IDB Invest, and Development Bank of Latin America to launch Internet para Todos (IpT) Peru, which aims to develop an open access wholesale rural mobile infrastructure operator in Latin America. The project would allow any mobile operator to leverage IpT’s 3G and 4G infrastructures to deliver retail mobile services.

It’s a big bet, according to Dan Rabinovitsj, VP of connectivity efforts at Facebook. “This partnership will help demonstrate that infrastructure projects based on open access principles, combined with new technologies and business models, can connect communities and serve as a model for other areas of the world,” he said.

Facebook said it has also partnered with Viasat, a California company that offers broadband services, to ramp up deployment of Community Wi-Fi hotspots. Viasat’s Community Wi-Fi is currently available to more than 1 million people across Mexico. Facebook is making an unspecified investment in the rollout of the hotspots and is working with Viasat to identify optimal locations for deployment.

But perhaps the most notable development today concerns the company’s ambitious Terragraph initiative. Unveiled in 2016, Terragraph bypasses the need to lay out fiber broadband cables, which is costly and can be challenging in certain geographies, by tapping the largely unused 60 GHz spectrum. Terragraph works by setting up a maze of base stations that create a mesh network, enabling people within a location to connect to the internet.

Facebook said today that it has partnered with Cambium Networks, MikroTik, and Common Networks to conduct trials of Terragraph in California with Common Networks, Malaysia with YTL Communications, Athens with OTE and Deutsche Telekom, and Ohio with Agile Networks. A Facebook spokesperson told VentureBeat that similar trials are underway in Hungary with Magyar Telekom, Indonesia with XL Axiata, and Brazil with Claro.

Cambium Networks, a company spun out of Motorola, is also integrating Facebook’s self-organizing mesh access (SOMA) technology into its line of Wi-Fi products to enable more operators to deploy Wi-Fi networks at scale, the companies said.

And that’s not all. Facebook’s Rabinovitsj announced Magma, an open source platform that aims to streamline and extend mobile network deployments for operators. “Magma includes a distributed mobile packet core supporting local breakout of the data plane, in addition to network automation and management software,” he said. Magma already has two partners: Telefonica will use the tech to improve the reach of data connectivity in rural Latin America, and BRCK will use it to pilot a new LTE network in Kenya.

And in places where fiber cables are indeed the most viable option, Facebook isn’t shy about leaving its footprint. The company said it has invested in a project by submarine company MainOne that involves a roughly 750 km (466 mile) open access fiber deployment in the Edo and Ogun states of Nigeria and will provide metro fiber connectivity for more than 1 million people. Rabinovitsj said he expects the project to conclude later this year.