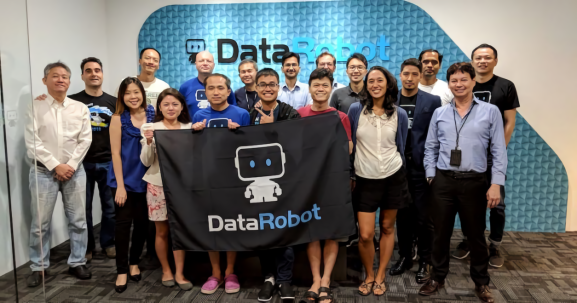 Prior to the acquisition, Cursor had raised $2 million in venture capital, according to Crunchbase.

“The Cursor technology and team are key pieces of the puzzle for [our] vision of an AI-driven world,” said DataRobot CEO Jeremy Achin. “The Cursor team has architected an incredible platform and shares DataRobot’s mission to build unprecedented levels of automation across the AI pipeline. We’re thrilled to have them on board.”

Cursor, which was cofounded in 2017 by LinkedIn, Salesforce, and Pandora veterans Adam Weinstein, Patrick Farrell, and Jason McGhee, offers a coding environment with a data dictionary and toolset aimed at bridging the gap between the C-Suite and technical users. “We’ve seen the value that gets unleashed when companies truly become data-driven,” said Weinstein, who serves as CEO.

Within Cursor’s solution, team members contribute business terms and definitions and link them to data assets that can be searched for, cloned, reused, or amended down the line with comments, quality ratings, and other metadata. (A customizable permission model enables admins to lock content by user or group.) Users can chat with other users to get answers to questions, and pull up authorship history on the fly.

Cursor’s platform doesn’t require a server and supports Mac, Windows, and Linux. Moreover, it integrates with existing business intelligence platforms like Looker, Qlik, and Tableau; with databases such as Amazon’s Athena, IBM’s DB2, and Snowflake; and with customer relationship management (CRM) products from Salesforce, ServiceNow, and Workday.

Weinstein says that hundreds of companies use Cursor, including teams at Cisco, Under Armour, LinkedIn, Slack, and Apple.

DataRobot, which was cofounded in 2013 by data scientists who previously worked at Travelers Insurance, offers hundreds of trained and validated machine learning algorithms contributed by data scientists through its platform. (One of those models correctly predicted which nominated song would win this year’s Grammy Award for Song of the Year.) It has raised $225 million in funding to date from New Enterprise Associates, Sapphire Ventures, Meritech, DFJ, and other investors, and earlier this year it made research firm CB Insights’ list of top 100 AI companies.

Cursor is DataRobot’s third purchase in recent months. In July 2018, it also acquired Columbus, Ohio-based AI startup Nexosis, and in 2017 it bought Nutonian.