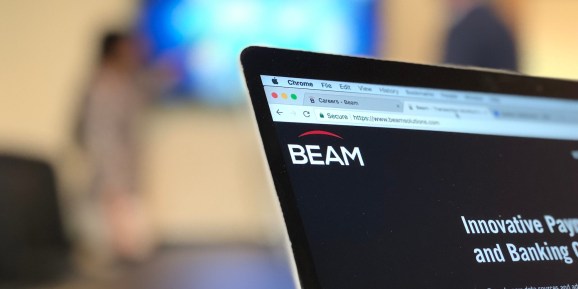 A year ago, two payments industry veterans began wondering if something could be done to tackle the growing instances of money laundering, human trafficking, terrorist financing, and other criminal abuses. Today, they believe they have arrived at a solution.

Ben Duranske, a former chief compliance officer of Facebook Payments, and Andreas Bayer, who handled compliance engineering for Xoom and Paypal, have announced their new startup — called Beam — that will use machine learning to help banks, broker-dealers, cryptocurrency companies, and other regulated financial groups meet their compliance obligations. Duranske serves as Beam’s CEO, while Bayer has taken the CTO role.

Beam said it has raised $9 million in seed, series A, and venture debt to fund its operations. Canaan led the seed round, with participation from Plug and Play. Greycroft Partners led the series A round, with participation from Broadhaven, Conversion Capital, Plug and Play, and Slow Ventures; and Silicon Valley Bank delivered the $2 million debt facility.

At the center of Beam’s platform is an API-based SaaS software that can parse hundreds of factors that go into millions of financial transactions. The platform offers customers analytical tools that allow them to report, monitor, and identify potential vectors of financial crimes.

Money laundering and other financial crimes affect companies of all sizes. Just last year, we learned that crooks had found a way to sell fake books with nonsensical text on Amazon; similarly, many were using stolen credit cards to purchase in-game currency on sleeper hit title Fortnite, which they would then sell to other players at a discount.

“The platform economy, where people pay for goods and services via an intermediary, is especially vulnerable to financial crime. We’re proud of our success combating money laundering, human trafficking, terrorist financing, and other criminal abuses of the financial system,” said Duranske in a prepared statement.

Beams says most of its potential customers today have large teams of compliance analysts using archaic analytical tools that bulk up the cost to “seven figures.” “Beam breaks the mold with a ‘compliance as a service’ (CaaS) model that significantly reduces both cost and implementation time while also dramatically improving results,” the company said.