Acute coronary syndrome (ACS) — an umbrella term for situations where blood flow to the heart is suddenly obstructed — can lead to a heart attack if left untreated, and that’s obviously bad news. According to the Center for Disease Control and Prevention, over 610,000 people die of heart disease every year, which is the leading cause of death for both men and women in the U.S.

The team sourced a dataset containing the age, gender, personal disease history, habits, laboratory test results, procedures, ACS type, and nearly 40 other characteristics of 26,986 adult hospitalized patients across 38 urban and rural hospitals in China, which they fed to a neural network — i.e., layers of mathematical functions loosely modeled after biological neurons. Said neural network was architected to predict four factors simultaneously: whether they’d experienced a major adverse cardiac event, or MACE, prior to ACS; whether they’d received antiplatelet medicine to prevent blood clots from forming in the coronary arteries; whether they’d been given beta-blockers, which reduce blood pressure; and whether they were prescribed statins, a class of drugs that help lower cholesterol levels (and in turn prevent heart attacks and stroke).

The paper’s authors next employed k-means clustering — a statistical technique in which data points are allocated to collections by similarities — to organize the patients into seven groups based on the classification data obtained from the neural network. From these, they gleaned useful insights: In the first cluster, which contained people with high MACE rates but low rates of disease, diabetes was one of the top ACS predictors, while in another cluster — this one containing patients with “severe” conditions — age and systolic blood pressure played an outsized role in ACS progression.

“Here we conducted outcome-driven cluster analysis of ACS patients, which jointly considers treatment and patient outcome as indicators for patient state,” they explained. “The clusters have different characteristics, as well as different risk profiles to the outcome of in-hospital major adverse cardiac events.”

The researchers caution that although the clustering has implication for disease prognosis, it’s not clear whether it can (or should) inform clinical practice, and they note that the risk factors can’t be translated directly into clinical intervention without further study. Still, they say their work demonstrates that AI-driven cluster analysis is a promising approach for ACS patient classification.

They leave to future study selecting “clinically meaningful” outcomes and identifying “cluster-specific” interventions that take into account the effectiveness of treatments. 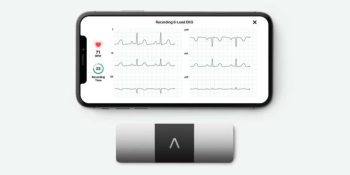