Training deep neural networks requires data. Lots of data. And depending on the AI architecture at hand, that data isn’t of much use if it isn’t labeled, which takes time — particularly when you’re juggling corpora containing hundreds of thousands of objects.

To ease the burden on data annotators and data scientists alike, Intel is released a new program in open source — Computer Vision Annotation Tool (CVAT) — that’s built to speed up annotation of the video and image samples used to train computer vision algorithms.

“In order to accelerate this process within the realm of Computer Vision, [we] developed a program called [CVAT],” Intel wrote in a blog post. “Generally, there are many ways to annotate data, but using special tools [like CVAT] may help to speed up this process.”

CVAT, as the Santa Clara company explains, is deployed via Docker and accessed via a browser-based interface (or optionally embedded into platforms like Onepanel), and features a task-based management system optimized for collaborative work. (Users create public tasks to split up work among themselves.) It supports supervised machine learning tasks pertaining to object detection, image classification, and image segmentation, and annotation with one of four shape types: boxes, polygons, polylines, and points. 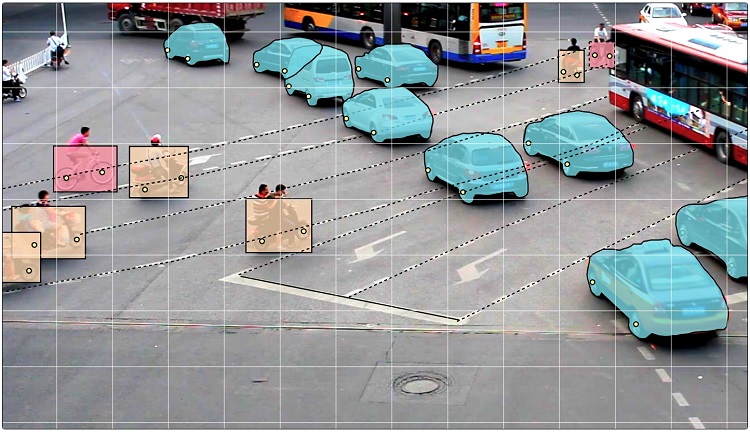 Above: Annotating cars and obstacles with CVAT.

Within CVAT, annotators have a wealth of tools at their disposal for copying and propagating objects, applying filters, adjusting visual settings, performing automatic annotation via the object detection API in Google’s TensorFlow framework, and more. CVAT performs some checks — but not all — automatically, and it plays nicely with toolkits like Intel’s OpenVino, Nvidia’s Cuda, and ELK (Elasticsearch, Logstash, and Kibana) analytic systems.

CVAT is very much a work in process, however. Intel notes it’s only been tested extensively with Chrome, and says that Chrome Sandbox — the sandboxing feature within Chrome that restricts the environment around processes, including the use of RAM — negatively impacts the toolkit’s performance. But it’s pledging to improve it over time.

“CVAT was developed for and with support from professional annotation and algorithmic teams, and we have tried to provide the features that those teams will find most valuable … Feedback from users is helping Intel determine future directions for CVAT’s development,” the company said. “We hope to improve the tool’s user experience, feature set, stability, automation features, and ability to be integrated with other services, and encourage members of the community to take an active part in CVAT’s development.”

The release of CVAT comes a few weeks after Uber open-sourced the Autonomous Visualization System, a web-based platform for vehicle data, and as sample-labeling startups like Scale and Hive raise substantial venture capital and attract clients like Uber and General Motors.