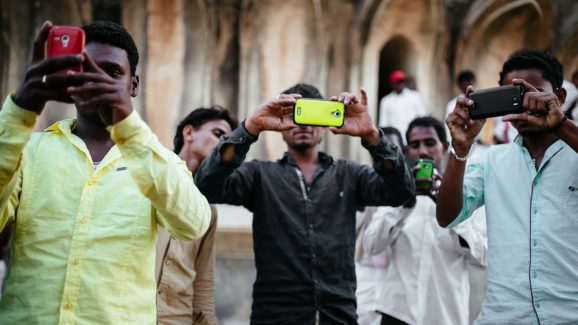 Apple manufacturing partner Wistron has been building entry-level iPhones in India for years, and now it’s going to assemble high-end models within the country, as well. After slow government progress toward final approval, Wistron’s major manufacturing project has received backing from the country’s information technology ministry and is close to a sign-off by the Indian cabinet.

“We have just approved Wistron’s Rs 5,091-crore ($708.5 million) application, and it is with the Cabinet now,” IT minister Ravi Shankar Prasad told India’s Economic Times. “Wistron will make the latest iPhone models.”

Last March, the contract manufacturer received local approval to build facilities on a 43-acre plot near Bengaluru, an area less than half the size it might originally have developed. The company said it would invest $105 million to develop the land into an assembly plant for budget iPhones, an all but necessary step for Apple, given increasingly onerous Indian tax levies on foreign-made products.

The challenge for Apple has been to balance its desire to sell more phones in India with the challenging realities of the Indian market. While the country has been described as the world’s second-largest and fastest-growing smartphone market  — with hundreds of millions of potential customers — high taxes, extreme price sensitivity, and already entrenched competitors have limited Apple’s sales there. As high-end iPhone X models became popular elsewhere, Apple made only entry-level iPhone SE and iPhone 6s devices within India, catering to price points it felt were realistic for the market.

Wistron’s increased manufacturing presence will enable Apple to offer flagship models without the additional price pressure of punitive tariffs, giving the company a better shot at the country’s smaller market of luxury phone customers. At the end of 2018, fellow iPhone assembler Foxconn submitted an application for its own Indian plant, with plans to spend around half as much as Wistron. It remains to be seen whether Apple will be able to successfully sell “Made in India” flagship iPhones to customers or the prices will still be too much for the local market to bear.