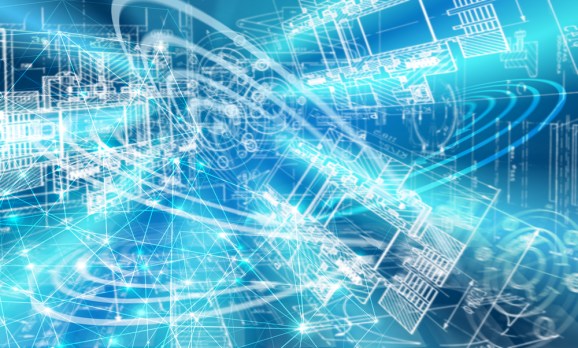 More than 60 percent of the public and 54 percent of tech executives think that AI must be regulated to ensure it develops safely. That’s according to Edelman’s AI Center of Expertise, which compiled survey responses from 1,000 members of the U.S. general population and 300 executives working in technology roles in a new report published today.

“Our [2019 Edelman Artificial Intelligence] survey — explores the issues surrounding AI, from the more obvious positives of improved health care and manufacturing to the countervailing concerns overhanging widespread adoption,” said Edelman global technology sector lead Sanjay Nair. “We found both groups are curious about AI, yet there is also substantial uncertainty and worry that AI use could lead to widespread job loss, income inequality, and social isolation.”

According to Edelman analysts, the general public is warier than top-ranking tech execs when it comes to AI’s future impact on the economically disenfranchised. About 54 percent of people say say AI will hurt the poor, compared with only 43 percent of executives. At the same time, the C Suite disproportionately (75 percent compared with 67 percent) believes that automation and other forms of labor-saving technologies will benefit the wealthy.

That’s more or less in line with previous reports. World Economic Forum, PricewaterhouseCoopers, Gartner, and the McKinsey Global Institute predict that AI could make redundant as many as 75 million jobs by 2025 and depress the percentage of “low digital skills” from 40 percent to 30 percent in 2030, as higher-skill job demand increases. Moreover, McKinsey forecasts that those labor market shifts will result in a 1.2 percent increase in gross domestic product growth (GDP) for the next 10 years and help capture an additional 20-25 percent in net economic benefits (equating to $13 trillion globally) in the next 12 years.

However, executives are on the whole more optimistic about AI than those outside of the tech industry. Roughly 54 percent describe themselves as “excited” about AI compared with 31 percent of the general population, while 33 percent of the public say they’re “concerned” about AI versus 28 percent of executives. And a whopping 9 in 10 of C Suite survey respondents characterize AI as the “next technological revolution,” compared with the roughly 8 in 10 members of the public who say the same.

Interestingly, the report’s findings would seem to contradict a report published by PricewaterhouseCoopers in November that found only a minority of executives — 19 percent — are convinced AI will be “disruptive” in the years to come. Respondents to a recent Deloitte survey expressed similar reservations, with more than 20 percent ranking “cybersecurity vulnerabilities” as a key barrier to AI adoption. Moreover, about 37 percent of technologists responding to a late 2018 Pew survey believe that most people will not be better off in the next 10 years as a result of advances in AI.

By contrast, the groups Edelman surveyed are firm in their belief that AI will lead to all sorts of far-ranging improvements, like streamlining manufacturing and improving business decision-making. Specifically, 94 percent of tech executives and 85 percent of the general public think it’ll create innovative “smart” homes, and over 74 percent collectively say it’ll be “instrumental” in ramping up the development of autonomous cars, such as those from Alphabet subsidiary Waymo, Uber, GM’s Cruise, and others.

They’re also mostly in agreement that it’ll have a positive impact on quality of life. About 91 percent of executives and 76 percent of the general public somewhat or strongly agree that mundane tasks will be relegated to machines, which lines up with findings from Forrester, Tata Communications, and Deloitte. Those firms report that 72 percent of executives think AI will have a positive societal impact, and 42 percent believe it’ll be of “critical importance” within two years.

So how else might AI impact lives in the future? It could improve the elderly’s quality of life by helping them live longer at home and providing companionship, over 68 percent of executives and the general public told Edelman. However, roughly the same percentage of both groups (between 65 and 75 percent) believe it’ll also lead to more isolation because “there will be less need for people to interact with others,” and they worry that AI will lessen creativity and freedom of thought. Additionally, between 26 and 51 percent think that deepfakes — misleadingly convincing videos, photos, and audio created using AI — are “highly corrosive to public trust.”

That’s why the majority of respondents champion regulation. Close to 60 percent of the general public and 54 percent of executives say policies to guide AI’s development should be imposed by a “public body,” with less than 20 percent (15 percent and 17 percent) arguing that the industry should regulate itself. Between 19 percent and 63 percent of respondents, moreover, maintain that transparency is (and will be) key: They say that it’s incumbent upon tech companies to show how AI will improve lives and create jobs and to concretely plot out the ways it’ll improve local and national economies. And over 70 percent say that tech companies have an obligation to use AI to improve society and that those companies aren’t currently spending enough time thinking through the long-term consequences of AI.

“The Edelman AI [report] is both broad and deep and raises many profound issues,” said Kay Firth-Butterfield, head of artificial intelligence and machine learning at the World Economic Forum. “It is clear from the results that business and government need to be thoughtful and take action across many issues to ensure the potentially harmful effects of AI do not cause society to lose the clear benefits that can accrue from the technology. The global community must be aware of the risk factors associated with this type of transformation, and at the same time create an environment where the benefits can be spread proportionately throughout society.”