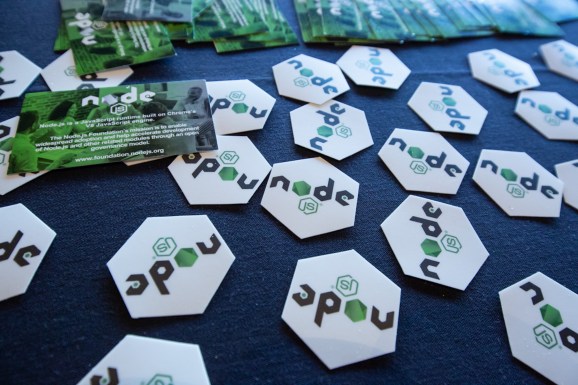 The Linux Foundation today unveiled several major collaborative partnerships as it looks to cement the development of various open source projects that power much of the web.

First off, the Node.js Foundation and the JS Foundation, which the Linux Foundation launched in 2016, are merging to form the OpenJS Foundation. The merger between the two chief organizations that focus on JavaScript comes six months after they publicly began to explore such a possibility with their communities.

The merger is supported by 30 corporate and end user members including Google, Microsoft, IBM, PayPal, GoDaddy, and Joyent that recognize the “interconnected nature of the JavaScript ecosystem, and the importance of providing a neutral home for projects which represent significant shared value,” the Linux Foundation said in a prepared statement.

All of these members, as well as several major tech giants, rely on the JavaScript programming language and several projects by the two foundations to a varying degree. In fact, the vast majority of web pages use JavaScript.

The quest to find a neutral home comes amid years of governance tussle in the Node.js community. In August 2017, a third of the technical steering committee that oversees day-to-day governance of Node.js’ projects reportedly quit.

In a press release, the Linux Foundation said the OpenJS Foundation will eliminate operational redundancies between the two organizations and streamline the experience for companies that provide financial support.

Originally conceived to develop programs that run in browsers, the scope of JavaScript’s largely client-side offering has reached a wider usage. Some of that credit goes to Node.js Foundation itself, which has made significant inroads to further the growth with its server-side framework.

On the sidelines of the above merger, the nonprofit organization also announced the Continuous Delivery Foundation (CDF). The CDF aims to serve as a platform for vendors, developers, and users to frequently engage and share insights and best practices to spur the development of open source projects.

As the name suggests, the Continuous Delivery Foundation is built on top of a continuous integration and delivery model (CI/CD) that enables all the stakeholders to seek feedback, implement changes, and deliver them in a much more timely fashion.

The CDF is launching with 19 members, including giants such as Google, Netflix, Red Hat, Alibaba, Autodesk, SAP, Huawei, and GitLab. Open source systems Jenkins, Jenkins X, Spinnaker (created by Netflix and jointly led by Netflix and Google), and Tekton are among the first projects that will be hosted by the CDF, the Linux Foundation said. The parent foundation said it expects more projects to be added to CDF, once it has formed a technical oversight committee. The CDF will maintain an open governance model.

Though Continuous Delivery is a critical part of model software development, the space is heavily fragmented, said Dan Lorenc, staff software engineer at Google Cloud, in a prepared statement. “Establishing a vendor-neutral foundation to create specifications will allow the rapidly changing CI/CD space to take full advantage of containers and the broader cloud native ecosystem. For these reasons, we’re excited to host the Tekton project under the CDF, and look forward to collaborating with the other founding members.”

The Joint Development Foundation, which recently joined the Linux Foundation to drive adoption of open source and standards, is collaborating with the GraphQL Foundation, home to the GraphQL community.

At the center of the collaboration is GraphQL, an open source data query and manipulation language for APIs. GraphQL was developed by engineers at Facebook, and now the social networking giant’s hundreds of billions of API calls each month are powered by this language.

GraphQL Foundation said in a press release that the collaboration would encourage “contributions, stewardship, and a shared investment from a broad group in vendor-neutral events, documentation, tools, and support for the data query language.” A number of major tech giants including Facebook, Amazon’s AWS, IBM, Intuit, PayPal, and Twitter are joining the foundation to advance GraphQL as an industry specification for development of APIs.

On Monday, the Linux Foundation announced the creation of the CHIPS Alliance, a project that aims to host and curate open source code relevant to design of chips that power mobile, IoT, and other consumer electronic devices.

The alliance will work to further the development and adoption of RISC-V, an open source set of instructions that mandate the functions of a microprocessor. The Linux Foundation said Google, Western Digital, SiFive, and Esperanto are backing the CHIPS Alliance and are committed to both open source hardware and momentum behind the RISC-V architecture.