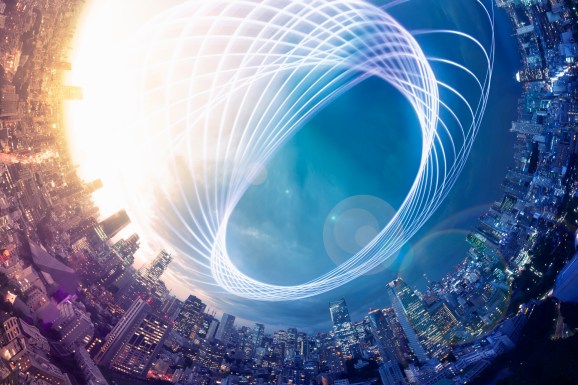 As global industry and government leaders convene in Austin for SXSW 2019, it’s clear that Big Tech’s era of “move-fast-and-break things” has come to an end. We see a growing societal rejection of growth-at-all-costs venture capitalism. Consequently, we’re entering a new era where investment is migrating towards cities that grow their tech sectors in sustainable ways that advance economies.

Indeed, Toronto faces a challenge familiar to many leading tech centers – how to grow the tech ecosystem in a way that benefits the most people. Our answer has been to develop a unique model that we believe should become the norm across sectors, borders, and industries: inclusive innovation.

Specifically, we’ve leveraged the city’s established commercial infrastructure and population diversity – more than half of Toronto’s population is foreign-born – to create a system of tech hubs, like MaRS, DMZ, and OneEleven, that draw together startups, corporates, academia, charities, research foundations, investors, and government agencies to bring a wide range of perspectives to bear on tech development.

Meanwhile, tech giants like Uber, Samsung, LG, Nvidia, and Netflix have set up shop in Toronto. Sidewalk Labs, a Google affiliate, is drawing up proposals for a tech-enabled smart community on the Lake Ontario shoreline. Tech job creation in Toronto has outstripped that of San Francisco and New York over the past few years – driven by a deep talent pool of skilled engineers and smart entrepreneurs, with a tail wind from Canada’s welcoming immigration policies.

The economic results are showing. More than 241,000 people are now employed in the city’s tech sector and inward investment is growing strongly. Last month, a new anti-cancer drug, developed in an open, collaborative approach between a number of the city’s health organizations was picked up by Celgene, a pharmaceutical company, in a deal that could be worth $1 billion.

But equally important, this approach to innovation and economic development points towards a more inclusive way of building a tech sector with global relevance. Residents in cities across the world are increasingly demanding that tech companies play by the rules and bring more to their towns than they take. In Toronto, we have listened and responded to these demands by taking action to ensure our tech sector grows in a responsible way – other innovation centers should follow suit.

We know it’s vital to find ways for tech companies of all kinds to engage with the communities in which they operate. It’s why, when the sharing economy began to take off and debates around the future of the taxi and hotel industries became heated, Toronto took a collaborative approach to finding a solution. We drew in as many voices as possible from government, industry, and local communities in a process designed to find common ground rather than create platforms for grandstanding. As a result of transparent conversations between stakeholders, there was much less acrimony around these issues than we’ve seen in some other large cities.

The Sidewalk Labs’ development is now providing an opportunity to build on these approaches. It is still subject to rigorous review, public consultation, and ultimately approval by Waterfront Toronto and City Council. But this proposed development has facilitated a discussion on how tech companies and communities can engage with one another as smart technologies are woven into the urban fabric.

The high-profile project is not without controversy and the dialogue is sometimes fractious. However, the wide-ranging public debate on how Big Tech companies, homegrown startups, and local communities can work together is a useful one. It has produced important new ideas, like creating an independent “civic digital trust” to safeguard information gathered in the smart community. At a time when data use concerns are at the forefront in media coverage of the Big Tech business model, the lessons being learned here could set the tone for the broader debate.

One thing is already clear: We’ve hit the limits of tech disruption for the sake of disruption. What the world needs now is collaboration and inclusion.

John Tory is the Mayor of Toronto.

Yung Wu is the CEO of MaRS Discovery District.