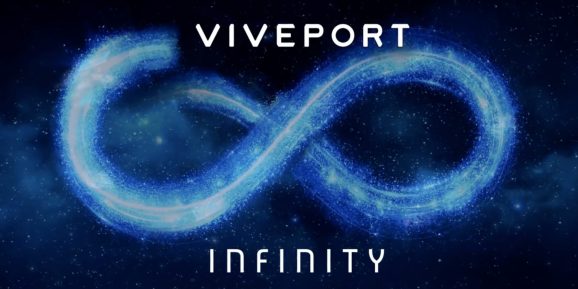 Back in January, HTC announced an all-you-can-consume VR subscription service called Viveport Infinity, but a key detail — pricing — was left ambiguous. Today, the company announced that the service will launch on April 2 with $99 annual or $13 monthly price tags, but deals will be offered to entice early subscribers to the platform.

HTC’s existing Viveport offering lets users pay $9 for access to five VR apps and games per month. By comparison, Viveport Infinity will provide unlimited access to a library of over 600 VR apps and games, with no monthly cap. The service will enable users to explore numerous virtual reality experiences on a budget, akin to Netflix.

“We have built a new model for VR that shines a light on the great library of VR content this industry has developed and gives users a reason to spend more time in-headset than ever before,” said Viveport president Rikard Steiber. “At the same time, we’re increasing developer reach and potential revenue as more developers can monetize a single Infinity user. We believe this model matches how consumers want to experience VR.”

Until April 2, new Infinity users can sign up to explore the service with a 14-day free trial, and continue to pay $9 per month through the end of 2019 — the same price that would normally include only five Viveport titles. Additionally, the company is offering 30 days of free Infinity access to users who complete an online survey on or before March 17, with access codes shipping on March 20.

The early adopter incentives aren’t limited to consumers. HTC is pumping the developer’s share of Viveport Infinity revenues from 70 percent to 80 percent from April 1 through the end of 2019, although it remains to be seen whether developers earn more or less overall from the new subscription plans.