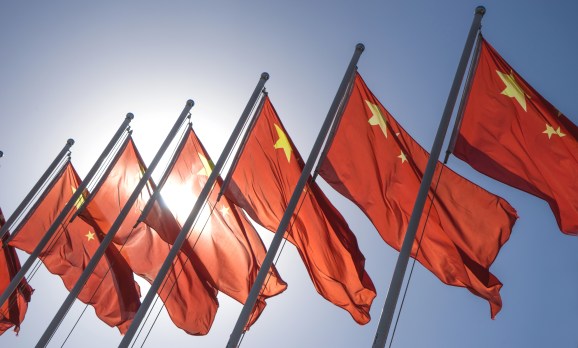 While analysts speculate over who the winners and losers are in the US-China trade war, we’re seeing convincing signs that this is an opportune moment for international startups to break into the Chinese consumer market.

To date, China has employed a number of perhaps unscrupulous tactics in its pursuit of economic parity with the US. But long before US Trade Representative Robert Lighthizer’s 2017 report and President Donald Trump’s first tariffs, Beijing had already begun to sense that the game was up. The US would inevitably start blocking Chinese acquisitions of US companies, preventing China from pressuring US firms to transfer tech in exchange for access to its market. No longer able or indeed needing to play the role of copycat, China’s government and tech industry are finding new means to harness Western innovation to fuel their technological ascension.

And here is where international startups should smell opportunity. If China is locked out of US deals, Beijing could start taking measures to make sure its tech ecosystem is the world’s most fertile innovation center. Still needing to leverage Western know-how to build its technological might, it could look for international investment opportunities beyond US companies, and it would aim to woo non-American foreign startups to China.

So as the trade war continues to unfold, there’s reason to think that a door to China’s 770.4 million core consumer market has opened.

Both the US and China are well aware that the latter’s push to become a tech superpower still hinges in part upon catching up in areas where it is comparatively weaker, such as semiconductors and user-facing business software. This means China must gain access to Western expertise.

Even before the US introduced plans to block acquisitions of American companies with “industrially significant technology” by companies with 25% or more Chinese ownership, Chinese policy makers adopted an agenda aimed at investment in non-American innovators.

Startups in Europe and elsewhere are witnessing a dramatic increase in interest from Chinese investors, watching the gates to Beijing’s coveted consumer market suddenly open. Since the beginning of the trade war, China has invested nine times more in Europe than in North America. The first half of 2018 saw $20 billion-worth of mergers and acquisitions by Chinese companies in Europe, compared to $2.5 billion in the US. And China’s pivot to Europe has been highlighted by a number of noteworthy deals: Tencent’s $8.6 billion purchase of Finnish gaming company Supercell, Didi Chuxing’s participation in the Estonian app Taxify’s $175 million fundraising round, and CSC Group’s multimillion-dollar investment in the London-based accelerator Founders Factory.

But Beijing understands that bringing tech companies – and their intellectual property – into China will require the opening of previously well-guarded industries, as well as a fertile ecosystem of domestic innovation and growth.

As a means to achieve the latter, Chinese policy makers announced the ambitious Made in China 2025 initiative, aimed at reducing the country’s reliance on foreign technology by vastly increasing investment in areas like big data, semiconductors, cloud computing, and AI.

With the onset of the trade war, the Chinese government and Chinese firms have doubled down on such strategies, emphasizing domestic investment and self-reliance. Echoing Beijing’s clarion call, Jack Ma, founder of China’s biggest tech firm, Alibaba, urged China’s tech entrepreneurs to avert the trade war’s damaging implications by becoming more self-sustaining through the adoption of new technologies like IoT and big data computing. Shortly after the US Department  of Commerce blocked American companies from selling parts to ZTE, a Chinese company that relies heavily on US chip makers, Alibaba itself announced it would set up its own company to make computer chips.

At the same time, the Chinese government has taken measures to open up industries traditionally closed to foreign firms. Recent reforms will make it easier for international startups to gain access to lucrative industries, including grain export, wholesale medicine, gas and oil exploration, mining, transportation, and manufacturing. The move also likely indicates a willingness to further loosen restrictions in the future.

The underlying message to foreign startups, then, is one of welcome, with a chief selling point being that China will eventually offer them the most propitious launch pad in the world for their businesses.

An opportunity for startups

Understanding the critical benefits of binding its own ecosystem to those abroad, China is reinforcing these broader strategies with more lenient visa policies for foreign tech companies ready to make the move east. Shanghai, for example, has introduced 25 pilot streamlined visas, including the recently issued “entrepreneurship visa” and “business startup visa” intended to simplify the application process.

And if it’s an opportune moment for international businesses to access the Chinese market, it’s a uniquely auspicious time for smaller startups. Smaller companies benefit from less government scrutiny and additional incentives not available to larger foreign companies. For instance, startups interested in setting up shop in the tech hub of Chengdu can receive up to $148,800 in startup capital, plus up to three years of rent-free space in Chengdu’s Tianfu New Zone.

The current circumstances – in spite of, and to an extent because of, the trade war – potentially offer startups a golden moment. China’s aspirations for global tech supremacy depend upon enriching its own ecosystem as well as inviting collaboration with foreign firms possessing coveted know-how.

But China will eventually shed its role of copycat in favor of tech trend-setter. When that happens, it won’t need to look to other nations for inspiration, but will itself be the global trailblazer. The most favorable time for foreign startups eyeing China’s market may be now.

Ji Bo is founder of China Start and Assistant Dean at Cheung Kong Graduate School of Business (CKGSB) in Beijing.