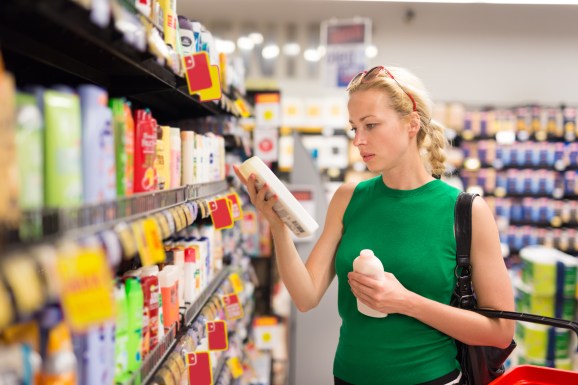 Climate change is scary. As October’s UN report highlighted, we have about a decade left to fight off its worst effects.

But if you’re going to lose sleep over our warming climate, you may as well do so on a sustainably sourced mattress. Thanks to companies like Covestro, you can actually do one better – up to 20 percent of each of their cardyon-based mattresses are made from captured, atmosphere-bound carbon dioxide.

Covestro is just one such company. A whole wave of startups has emerged to convert greenhouse gases into clothes, animal food, toothpaste, jet fuel, vehicles, concrete, plastics, shoes, and more. They’re all part of a growing, environmentally critical industry known as carbon capture, utilization, and storage (CCUS), most recently highlighted at Y Combinator’s Demo Day. Without it, we may not stand a chance.

CCUS, according to the U.S. Department of Energy, is the “process that captures carbon dioxide emissions from sources like coal-fired power plants and either reuses or stores it so it will not enter the atmosphere.” Companies who capture these emissions from industrial plants – or suck them straight from the sky – bury, use, or convert them into something they can sell.

Several industries have long been using greenhouse gases (GHGs) in their products (they’re what gives your soda bubbles), but the concept of converting them into other products is unlocking a slew of market possibilities; acclaimed consulting firm McKinsey & Company estimates the 2030 market for carbon dioxide-based products alone will be between $800 billion and $1 trillion.

“This is not like biofuels, where you’re just talking about one sector,” says Matt Lucas, director of CCUS accelerator Carbontech Labs (“carbontech” is another term for CCUS). “With carbontech you can make fuels, you can make building materials, you can make plastics, you touch agriculture and food production. In that regard it’s a total economic transformation.”

But with market opportunity coinciding with an increasingly climate-conscious world, why hasn’t CCUS taken off already? And with the recent wave of activity in the space – think tank Third Way estimates there are over 300 carbon capture projects deployed worldwide – why might that be changing now?

Carbon capture technologies have been around since the 1920s, when companies worked to separate CO2 from coveted methane gas in natural gas reservoirs. Oil corporations took the practice a step further in the 1970s, when CO2 bound for smokestacks was captured and pumped into oil wells to boost oil recovery. This process, known as Enhanced Oil Recovery (EOR), has been the primary use case for carbon capture to this point.

Other, more eco-friendly forms of carbon capture, however, have had a harder time taking hold. Sure, companies were willing to capture greenhouse gases when it generated revenue, but why bother when releasing emissions into the air was – and still is – free?

Startups faced additional hurdles. Developing CCUS technologies isn’t cheap, and the built-in costs of sizeable test sites and large-scale prototyping scared off investors already concerned about what was perceived as a limited market for gases like CO2 (turning those gases into products is a much more recent innovation). Alternative methods of growth such as incubators, accelerators, and government funding were hard to come by as well, if available at all.

“We can solve 90 percent of the world’s issues,” says CleanO2 CEO Jaeson Cardiff, whose company converts greenhouse emissions from commercial heating systems into hand soap and other products. “But if the economics aren’t there, it’s not going to happen.”

A change in calculations

So how did CCUS go from brushed aside to a potential trillion-dollar industry?

For starters, corporations began viewing CCUS in a different light.

“We’ve done a number of off-the-record convenings with companies, and you’d be amazed at the diversity of folks who show up,” says Lucas. “Everything from oil and gas majors to consumer brands and everything else in between.”

Now that the CCUS industry is beginning to produce a variety of products using greenhouse gases (instead of just selling the gases directly), companies are perceiving it as a means to diversify their supply chains and increase the efficiency of their resources, explains Lucas. And of course, he says, the PR benefits don’t hurt either, a notion that rings especially true as companies prepare for a record number of climate-driven proposals at shareholder meetings this year.

Power producers are also under particular pressure to show they can provide their services sustainably, adds Cardiff. Ten of the world’s largest oil and gas companies, several of whom have formed alliances with or invested in CCUS on their own, joined forces three years ago to develop the Oil and Gas Climate Initiative, which is now a $1.3 billion fund primarily focused on developing and implementing carbon capture technologies. (Chevron, along with fellow U.S. oil majors ExxonMobil and Occidental Petroleum, finally joined this past September.)

CCUS’s potential role in capturing emissions from coal plants has also positioned it as the rare environmental cause enjoying bipartisan support, with foundational tax credits and funding from Congress and the Department of Energy passed last year along with support on the state and international levels.

This new market landscape has begun to spill into the startup world. In addition to Y Combinator’s new batch of carbon removal startups, the aforementioned Carbontech Labs, which boasts an advisory network including Google, Lyft, and Kaiser Permanente, became the industry’s first dedicated CCUS accelerator when it announced its own call for startups earlier last year. Other organizations, like XPRIZE and Circular Carbon Network (CCN), are filling in funding, network, and education gaps.

The CCUS industry is still young, and venture funding has only recently begun to funnel in. Investor interest in the field has increased significantly in the past few years, though, notes Pure Energy Partners managing partner and CCN co-founder Nicholas Eisenberger, and larger-scale investments will soon follow.

Lucas agrees. “When we surveyed our [angel] investor network, every single one of them is looking and said they would make an investment in the next 12 months if they saw the right deal.”

Private and public equities investors, he adds, may be “a couple years down the road.”

For some in the CCUS industry, that time has already come, with companies like Econic Technologies, Inventys, and Bill Gates-backed Carbon Engineering raising large rounds last year and others nearing or at commercialization. That greenhouse gas-sourced mattress, for example, is already available for sale, and Coca Cola-owned Valser will be selling sparkling water filled with CO2 sucked from the sky early this year.

In short, the market for CCUS is only growing

“The trend is in the right direction,” says Dan Miller, managing director at cleantech VC Roda Group. “As companies like Inventys and others prove this technology is real and low-cost and efficient, there will be more investment.”

“And hey,” says Miller, “you wouldn’t have expected three years ago that the oil industry would commit a billion-dollar carbon capture fund either.”

Ari Marder leads carbon capture initiatives at Antenna Group and is co-founder of The OpenAir Collective, a grassroots organization dedicated to the advancement of direct air capture technology. You can reach him by email at ari@antennagroup.com or on Twitter at @RealAriMarder.