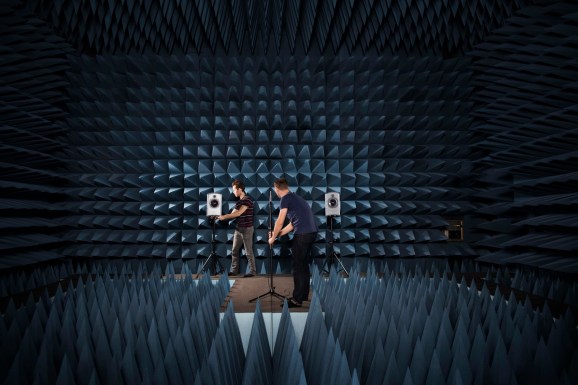 Dirac Research wants your favorite devices to sound good. The Swedish company’s audio tech is already used in some Bentley, Rolls Royce, Volvo, and BMW cars, as well as phones from Xiaomi, Oppo, and OnePlus. Now it wants to try its hand in the PC market.

Dirac today announced that it has partnered with Fujitsu to bring its sound optimization technologies to the Japanese computer manufacturer’s new Esprimo lineup of all-in-one computers.

Erik Rudolphi, general manager of mobile division at Dirac, told VentureBeat in an email that the tech will soon be used in more Fujitsu computers and that Dirac is already in talks with other PC vendors to bring its tech to their computers next year. He declined to share names of those vendors, citing non-disclosure agreements.

Rudolphi said the company is leveraging the set of technologies it uses in smartphones but that PCs come with a unique advantage. “Given the speaker configuration and size, we can in general achieve better results on a desktop or laptop,” Rudolphi said.

As smartphones and other devices become increasingly compact, vendors are left with little choice but to shrink the size of speakers. This significantly affects performance, as the speaker has too little space to move air. To address this, Dirac has developed signal processing algorithms that preprocess all audio streams to improve the sound we all hear.

Above: Some companies that use Dirac’s audio tech.

Rudolphi said the sound quality on most computers today leaves a lot to be desired, creating an opportunity for the seven-year-old company. “We’re excited to enter the PC market and establish our solutions as the foundation for a new generation of PC audio,” he said.

Fujitsu’s upcoming all-in-one models, such as FH70/D1 and FH77/D1, will use Dirac’s patented frequency and impulse response correction technologies, as well as the company’s volume enhancement tech, Dirac said in a prepared press statement.

Today’s announcement comes on the heel of a significant fundraising round. In February, the Swedish company raised $13.2 million to explore bringing its tech to new device categories. Now that work is beginning to bear fruit.