While it’s true that mobile devices are now the default internet devices for millions of consumers, desktop and laptop computers are still an integral part of people’s lives — particularly in work environments. And that is why Dropbox is today rolling out a handful of new features to its desktop and web apps to make it easier for users to find specific content and files across platforms.

The Dropbox desktop app for Windows and Mac has served as a useful conduit for accessing synchronized files stored in your cloud account, but it has hitherto lacked some of the richer search features contained within the native mobile apps and through Dropbox.com. Moving forward, however, you will now be able to search for stuff simply by clicking the system tray or menu bar in Windows and Mac respectively.

This means that you’ll be able to search through everything attached to your Dropbox account, even if it’s not synchronized to your desktop, including documents from Paper.

To access this new feature, you just have to click the Dropbox icon at the bottom of your screen as usual, and now — in addition to the usual icons and menu items — you’ll see a search box. 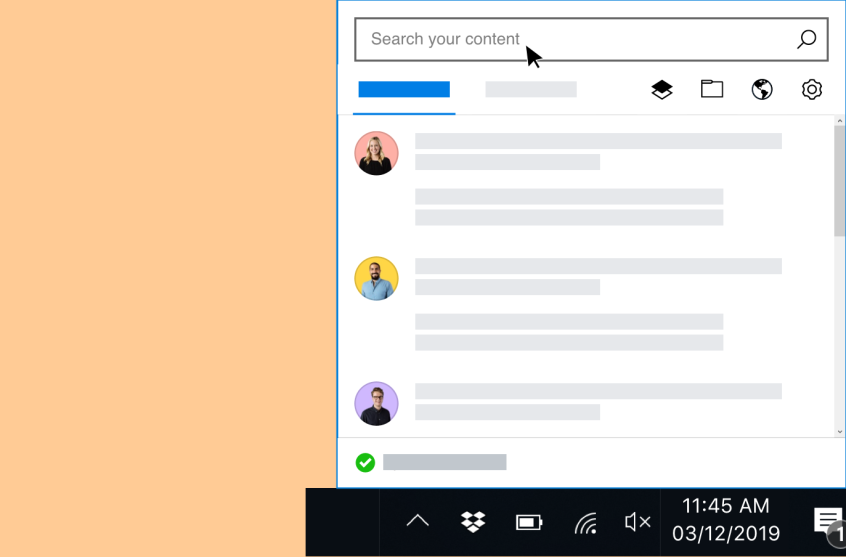 Here, you can enter any keywords that you’d like to search for contained within the file names. 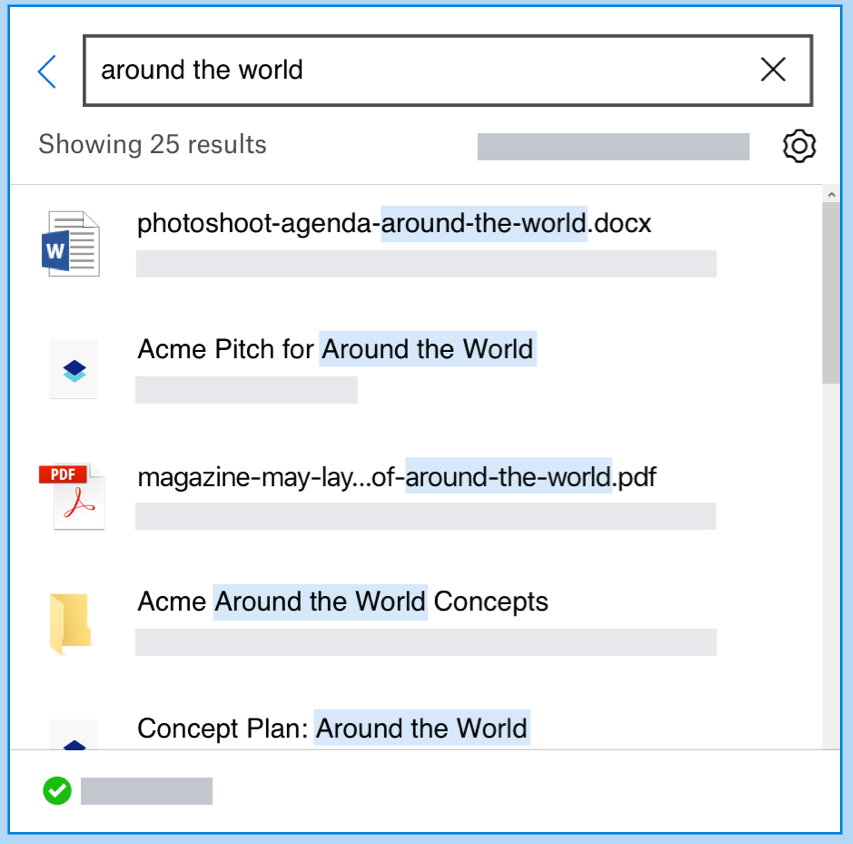 Above: Dropbox: Searching on Windows

Moreover, those who subscribe to one of Dropbox’s business-focused plans — Professional or Business — will be able to search the actual text contained inside their documents, covering presentations, spreadsheets, and more.

A few months back, Dropbox launched a new feature called AutoOCR, which also lets users extract and index text contained within image files and PDFs — this will also be available as part of the updated Desktop experience, though only for Professional and Business subscribers.

A number of additional updates were also announced today for Dropbox.com, including a new file-type filtering feature that enables users to search for items based on their format, be it an image file, document, or PDF — so if there are multiple files that contain some of the same words you’re looking for, this means you should be able to find what you’re looking for more easily. 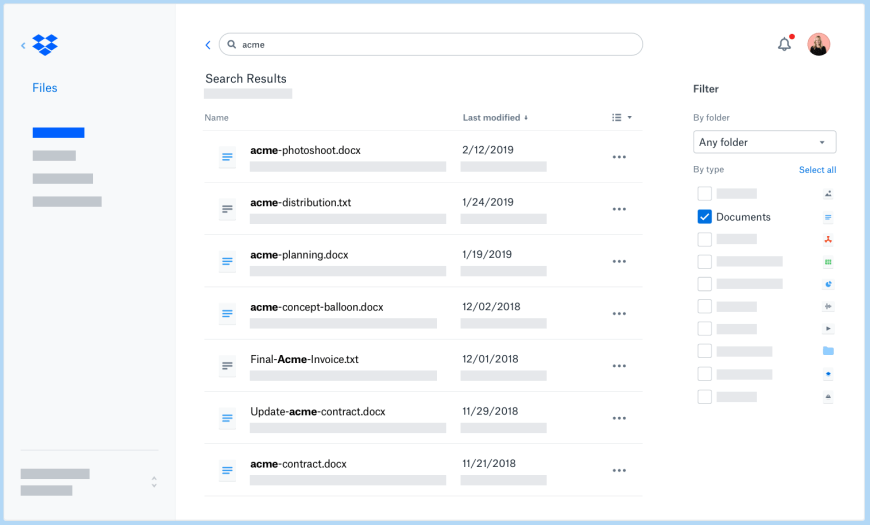 Elsewhere, the new web application will let you sort your search results by the date on which the file was modified, meaning that you’ll see the most recent files first. And the company also promised that search results should now load roughly 65 percent faster than before, following optimizations it’s been making in the past year.

Founded in 2007, Dropbox has done a decent job of pivoting away from its original focus on consumers, as it sought a more sustainable business model where its users were willing to pay for its services. And that is why Dropbox doubled down on its efforts to chase the enterprise market ahead of its IPO last year. Today’s launch very much fits into that effort, as the company ensures that its business customers are catered to across platforms.