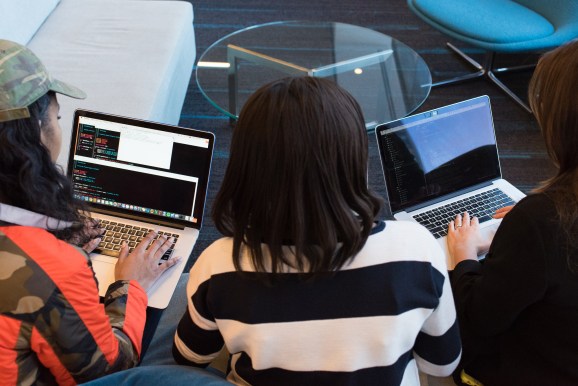 The number of qualified AI practitioners around the world is up, but there’s still more demand for talent than supply, according to an AI tech talent report released today.

Looking at AI-focused papers published at top conferences, the report found that 22,400 people authored one or more papers in 2018, up 36% from 2015 and 19% from 2017. These papers spanned major disciplines in the field of AI, such as robotics, computer vision, and natural language processing.

The AI tech talent report, compiled by Element AI CEO Jean-François Gagne, is now in its second year and defines demand by listings for AI-related jobs on sites like Indeed.

To arrive at its findings, the report looked at authors and publications from the top 21 scientific conferences that accept papers, such as the International Conference on Machine Learning (ICML) and the Conference on Neural Information Processing Systems (NeurIPS). Self-reported LinkedIn profile data was also included.

Technologists capable of training and deploying AI systems are concentrated in Canada, France, Germany, the United States, and the United Kingdom, with the U.S. representing 44% of PhD graduates. Together, the five nations account for more than 70% of authors of AI research.

Italy, Tunisia, Israel, Estonia, and Argentina have seen the highest proportionate growth in AI professional talent in the past year.

The report also found that professionals who train and deploy AI systems are rather mobile, with approximately one-third of researchers working in a country different from the one in which they received their PhD.

This second annual tech talent report is part of a continued effort by Element AI, a company created in part by recent Turing Award winner and deep learning luminary Yoshua Bengio to provide helpful information to the global AI ecosystem.

Last August, Element AI released a report that found that only 12% of AI researchers are women.

The report released today found that 18% of papers accepted at top  conferences had female authors.

Countries with the highest percentage of female authors include Spain, with 26%, Singapore and Taiwan (23%), and Australia and China (22%).

“This year’s findings show a dramatic increase over last year’s global talent pool, which we think reflects the major investments in AI that have been made by both the public and private sectors in countries around the world,” Gagne said in a statement provided to VentureBeat. “Nonetheless, the supply does not yet come close to meeting the demand, and our survey indicates just how far we have to go, given how little top talent there is out there in the world.”

The report is quick to point out some of the limitations of relying primarily on research submitted for peer review to elite conferences, such as the fact that each conference is conducted in English and that this omits research published by private think tanks and AI labs, as well as research by independent researchers.

The shortage of available talent has played a role in driving solutions for data scientists and people who don’t know how to code, such as Element AI’s products for enterprise customers, which were made available for the first time last month.