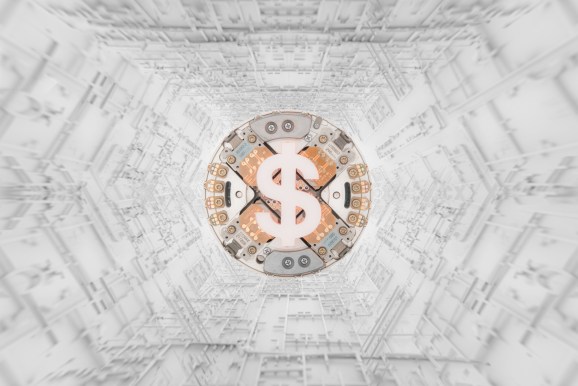 The benefits of blockchain technology, Bitcoin included, are indisputable. Yet, it features several flaws pertaining to speed, transaction fees, and security, all of which affect scalability. In an attempt to solve some of these flaws, tech company ILCOIN launched a project that leverages the SHA-256 protocol to develop an improved version of the Bitcoin blockchain. Armed with an array of wallet solutions as well as with a new consensus algorithm, the goal of ILCoin is to build a “global digital currency-based economic system.”

In the most recent version of the ILCOIN white paper, the team has highlighted several of its completed developments, including but not limited to the ILCOIN Web Wallet, Blockchain Explorer, the ILCOIN Android/iOS wallet, source code, Windows/Mac QT, and  Android ILC/BTC wallet. With new graph options and improved security layers in place, the new design for the web wallet also forces wallet encryption. Furthermore, the team claims to have solved common issues associated with cryptocurrencies like Bitcoin, namely the SegWit problem.

Changing the blockchain market with a new C2P consensus algorithm

The ILCOIN blockchain has managed to increase the block size limit to 25MB, enabling ILC miners to better handle capabilities for higher transaction amounts. In the Bitcoin network, the limit of 2MB per block created unpleasant delays when many transactions were completed in a short amount of time. With Bitcoin, SegWit can only work if 95 percent of all miners agree with the new source to further accept a bigger block size. The nature of ILCOIN’s blockchain is centralized, which is an added benefit because the team is in control. Given that the development work happens on its own blockchain, it allows them to make adjustments as they see fit; which includes keeping a close eye on the explorer and wallet.

Many types of blockchains, Bitcoin included, feature all kinds of security and scalability problems. With its recently released Quantum Resistance consensus protocol, ILCOIN won’t just increase block size, but might also have a chance at providing better scalability for the SHA-256 technology. The team’s new approach to solve the issue involved the successfully completed development of a C2P (command chain protocol) consensus, which works via three types of nodes. The normal node syncs with the network, generating wallets. Validator node ensures transactions are valid, and the master node is in charge of tracking validation and digital signatures; all signatures are linked and remain dynamic in time.

ILCOIN’s C2P consensus yields the project’s proprietary Quantum Resistance blockchain, which was designed to sustain a third-party 51 percent attack. Unlike other blockchains that are based on protocols like PoS (proof of stake), PoW (proof of work), and DPoS (delegated proof of stake), ILCOIN’s C2P argues that will be able to change the entire landscape of the blockchain industry.

Smart contract development on an SHA-256 type of blockchain

The ambition of the ILCOIN project is to develop a high-quality cryptocurrency with multiple uses for its users, as well as to become a foundation for a new digital ecosystem on a global scale. To achieve its goal, the team has planned to develop smart contracts on its proprietary SHA-256 blockchain.

ILCOIN plans to become the only type of blockchain running on the SHA-256 encryption technology to develop smart contracts. Scheduled for Q4 of 2019, the team will be adding customized smart contracts, five to begin with, in several industries; and each type of smart contract will define its own rules and penalties.

The ILCOIN project was initially developed four years ago by a core development team eager to build an improved version of the well-known Bitcoin cryptocurrency. Independent of today’s existing banking system, ILCOIN uses the SHA-256 PoW (proof of work) encryption protocol for the mining process. The underlying technology argues to be faster, more secure, and scalable. And the total supply of ILC is 2.5 billion. Currently listed on CoinMarketCap, further plans include to be listed on more exchanges in the foreseeable future, as well as provide diverse trading pairs for its users.