The aim is to keep the pressure on rival Intel by adding faster, smaller, and cheaper chips based on Zen, which can deliver 52% better performance per clock cycle than the previous generation of AMD chips. 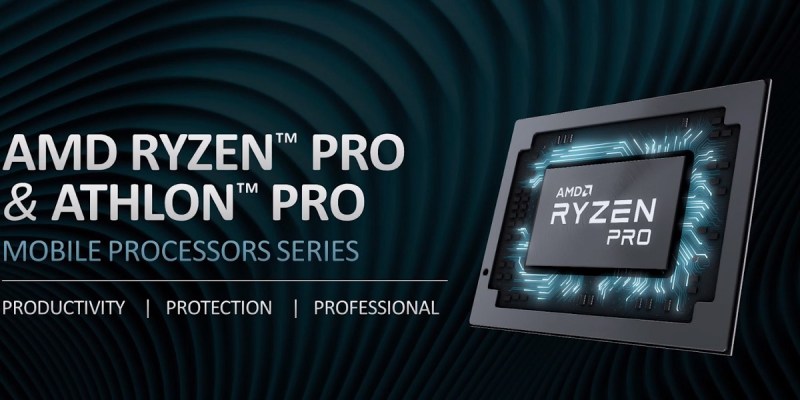 David Tjong, product marketing manager at AMD, said in a press briefing that low-cost notebook computers are critical for corporations that are adding more staff in an era of work-life blurring, rich collaboration, and intense processing workloads for remote workers. People are multitasking more and taking on heavy tasks like graphic design, while still working remotely. 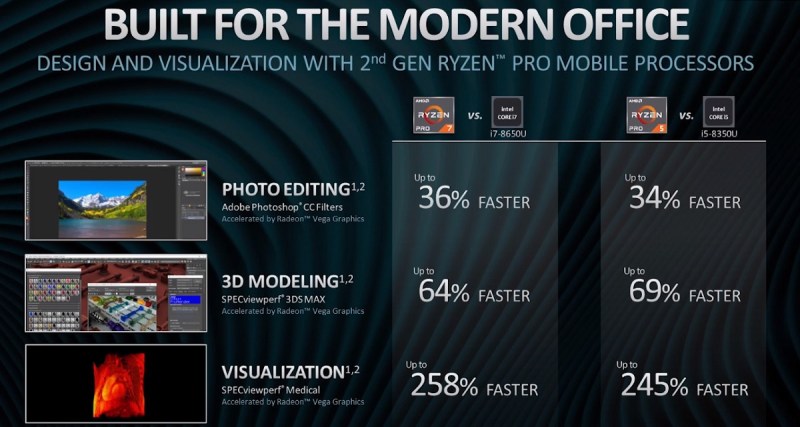 Above: AMD vs. Intel in latest mobile processors for commercial markets.

Tjong said that AMD’s new chips dramatically outperform the previous generation and are also much faster than Intel’s rival i7-8650U and i7-7600U processors.

AMD said the new chips can power laptops with 12 hours of battery life or 10 hours of battery life during video playback. The chips have security features like a built-in security coprocessor as well as full memory encryption, which can defend against cold boot attacks. PCs based on the new products are coming soon from HP and Lenovo, among others.